While many may not realize it, especially over here in the USA, Poland has a rich racing history, dating back to the very beginning of automotive racing. Much of this history is tied deeply to the United Kingdom as well, with the children’s classic ‘Chitty Chitty Bang Bang’ being based on a Polish racing car from the 1920’s which was raced in Britain at Brooklands, and it is rumored a Polish racing driver is responsible for suggesting green as Britain’s racing color, leading to some seriously iconic paint schemes.

New Polish racecar/’track-day special’ producer Arrinera Racing recently went to Brooklands to not only promote their new car, the Arrinera Hussarya–no I cannot say it 5 times fast, let alone once, very slowly–but also to celebrate the heritage that influenced their company and their design, as well as the historical Anglo-Polish ties in motorsports and beyond.

The Hussarya is to be priced to compete with used racing cars from major manufacturers that today’s ‘gentleman driver’ or ‘weekend racer’ might purchase for their own use at a race track. Rather than trusting an already-used product, purchasing a new package automobile ensures certain safety as well as peace of mind. Further peace of mind is provided by the promises of reliability of the Chevrolet-sourced LS7 V8 small-block. Such a ‘pedestrian’ powerplant may not be as exotic as something bespoke for racing, but the reliability will benefit the target market of amateur racers greatly. The power produced by this LS7 is routed through a more exotic gearbox, as the car features a sequential gearbox provided by racing transmission company Hewland. This is supported by a modular steel space-frame chassis, which the company says–and I love this–“mirrors the structures of Hurricanes and Spitfires in which Polish pilots made such a significant contribution to the allied air campaigns of World War II”.

The chassis is not the only thing to take inspiration from Anglo-Polish history. Presented at Brooklands this last week were two examples of the Hussarya which were resplendent in a beautiful green color. This choice of venue is no coincidence. As already mentioned, the Chitty Chitty Bang Bang car is based on a car raced here by Count Louis Zborowski in the early period of racing. This Count Zborowski father was also a racer in Britain, and was the very man rumored to have suggested green as the British racing color.

On this topic, Piotr R. Frankowski, Arrinera’s Competition & Marketing Manager, said; “The feats of the Zborowskis and in particular Count Louis’ association with this true home of British motor racing is a fitting inspiration for a proud Polish company. In the Hussarya, we wanted to present a car that is beautiful, very strong and durable, easy to drive and maintain – and very safe”.

To my eye, they have succeeded in making something beautiful, and by using such off-the-shelf components as a Chevrolet engine and a pre-existing racing transmission, coupled with a sturdy steel frame, they may achieve their goal of a safe, worry-free (relatively) alternative to used racecars and race-day specials from major manufactures. I look forward to keeping an eye on the development of the car, and the companies racing efforts in the future. 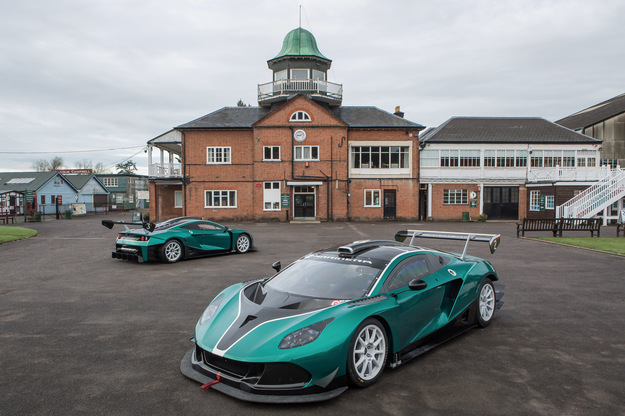