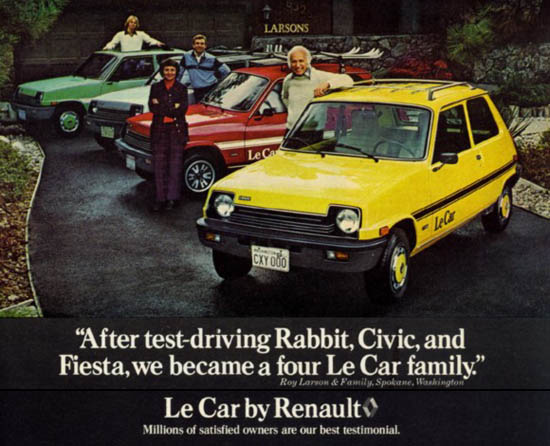 There are some things in the car world—as everywhere—that are mocked so often as to be cliché to poke fun at. These include making fun of the Prius model line, Mustang drivers and their *ahem* skills, and fart cans on imports, just to name a few. It isn’t often supercars or other high-end marques become so mocked on an industry-wide scale as to achieve such levels of cliché, yet in recent years the holy of holy’s, the Ferrari hypercar, has become one such unfortunate recipient of ridicule. No, this is not due to performance, or appearance, but rather the naming scheme Ferrari chose to use. The hybrid, halo hypercar that Ferrari fans were waiting for, following such cars as the F40 and the Enzo, was named…*drumroll*…the Ferrari LaFerrari. It doesn’t take a linguist to figure out that this translates into Ferrari “The Ferrari”.

Journalists and fans alike derided Ferrari for their simplicity, while on the flip-side I imagine customers enjoyed being able to say they owned “The” Ferrari, not just “A” Ferrari. Most likely unbeknownst to these owners, and surprisingly unmentioned by media, the LaFerrari walked in the preposition-using footsteps of a much humbler European predecessor: the AMC/Renault LeCar.

While I am sure Ferrari would not appreciate the comparison, there is no denying that the French LeCar chose the simple way out with its name before Ferrari chose that particular bullet. While the Ferrari is the epitome of automotive technology, the LeCar was on the other end of the spectrum. Starting life as the Renault 5, the car was introduced in Europe for the 1972 model year. Designed as a small, run-about city car, it excelled. Following a similar formula to the British Mini—small engines, lightweight to haul around, and a usable body—the Renault 5 was extraordinarily successful in Europe. Europeans appreciated the steeply sloped rear hatch, coupled with the equally steep dashboard design.

While the Renault 5 was designed cheaply—it was one of the cheapest cars sold in many of the markets it entered—it did feature some technological advancements over previous cars. Borrowing the floor, frame, and some body panels from the body-on-frame Renault 4, the floor was welded to the frame and body panels, creating Renault’s first monocoque design. Also introduced on the Renault 5 were the industry-first plastic molded bumpers which allowed low-speed collisions to be soaked up with the bumper retaining its general shape, as well as being cheaper to replace. A trend picked up by most of the industry in ensuing years, this feature went a long way towards ensuring the small Renaults popularity in it’s home country of France.

After four years—and the successful introduction of the Volkswagen Rabbit to the American market—Renault decided that America was ready for its diminutive hatch. Utilizing ties with the American Motors Company (AMC) and their network of 1300 dealers, the Renault 5 was rebadged an AMC and given the cute, extraordinarily French name of LeCar. Featuring a 1.4L (almost) 55hp 4-cylinder engine, a manual transmission, four wheels (with a spare on top of the engine), the LeCar didn’t come with much else. For buyers, this was not much of an issue, as this allowed the LeCar to achieve 35mpg in the city and 28mpg on the highway; albeit those miles went by extraordinarily slowly with a 0-60 time of 15.0 Seconds not being uncommon. Again, buyers had a cushion for this blow, as the base price of the LeCar never strayed above $5,000 for its entire existence.

The AMC/Renault marriage spawned moderate success, and sales continued strongly for the first years of its life in the States. AMC was quick to capitalize on the success of the LeCar in Europe (as the Renault 5), advertising that “Millions of satisfied owners are our best testimonial”. Some, like the Larson family pictured in the header, clearly agreed, and a cult following built up over the years. At least one police department (in LaConner, Washington, near the Larsons; maybe the French-Canadian influence is stronger than once thought up there in Washington hmm?) fell under the spell cast by the LeCar’s charm and utilized three LeCars as police vehicles.

AMC was quick to utilize this in advertising materials, dubbing it “Le Police Car”. Eventually, combined with the rise of vehicles like the Civic and the Rabbit, other domestic manufactures took notice, and built their own competitors, such as Ford’s Pinto and Fiesta. In the ever-going circle of competition, these new models spurned development in the LeCar lineup. One such Pinto model that gained enough traction to garner interest by AMC was the Pinto Cruising Wagon, pictured below.

This compact-based station wagon was successful enough for AMC to decide to develop their own version, instead based on a super-compact. Rather than trying to sex-up a station wagon by calling it something like the Cruising Wagon, Renault and AMC chose a much more forward naming scheme and named it the “LeCar Van”; perhaps in keeping with the models naming tradition.

Development was not limited to such niche markets as supermini station wagons, and in 1980, the five-door LeCar was introduced, also bringing with it an automatic version, and a model-wide detuned 51hp engine. This reduction in power, which amounted to an almost 8% reduction in power, is due in large part to smog regulations, which were ever tightening.

Included with this reduction in power was a front fascia redesign, which can be seen on the five-door model above. A squaring-off of the headlights, as well as a redesigned grille and bumper, changed the appearance of the car, amounting to the largest stylistic change across the years. Importation of the Renault 5 as the AMC LeCar continued until 1983, until a jointly designed model, the Renault Alliance, could replace it.

Sadly, the Renault 5 was discontinued in the States before we could get the best development of them all; the Renault Turbo.

The Renault Turbo was an odd creation, wherein the large, 1.4L engine was transplanted from the front to the middle, taking the place of the rear seats. During the transplantation, the engine is modified with the addition of a Garrett turbocharger, doubling the output to 110bhp. With the requisite wide-body to help feed the engine, the car still weighed little enough for that 110hp to feel potent.

The AMC LeCar is the oft forgotten pioneer of the utilization of the preposition in naming of a car model. Despite being designed as a slightly durable, still disposable, city car, the LeCar and its sister Renault 5 spawned a multitude of specialist models, achieving a modicum of a cult following. Liked the article? Hated it? Thought I was dead? Comment below and let me know!