Yesterday was a quiet day for the automotive industry, but read on for the most exciting news from May 17th, 2017:

While the Ford Mustang GT350R has been taking all the headlines as the best “track” focused muscle car, Chevrolet seeks to steal some fame with its new 2018 Camaro ZL1 1LE. Chevrolet announced that the Camaro ZL1 with the 1LE package would cost $7,500 more than a “normal” ZL1, totaling $69,995.

For this money customers receive the same 650hp supercharged 6.2L V8, with the entire focus going towards controlling that power on the track. The suspension and chassis have been modified with the addition of trick spool-valve dampers, a three-way adjustable rear anti-roll bar, and adjustable camber plates for track-specific setups. The wheel shave been lightened and are shod with new Goodyear Eagle F1 Supercar 3R tires (12in wide in rear, 11in in front). The body receives the rest of the modifications, with significant–and highly functional–aero added front and rear, as well as smaller touches like thinner rear glass.

Wednesday saw a Northern California Judge, Charles R. Breyer of the United States District Court, bring the American saga of Volkswagen’s “Dieselgate” controversy to a close in the eyes of the courts. While 2.0 TDI settlements have already been reached, 2009-2016 3.0 TDI owners were in limbo until the final approval of VW’s proposed plan.

This plan sees a total of $1.2B USD being spent on VW’s end, with $225M USD going towards environmental trusts to mitigate the damage done. A further $25M was awarded to the California Air Resource Board for supporting zero-emission vehicles in the state. The rest of the money is allocated to customers. Generation 1 vehicles (2009-2012) are available for a buyback depending on the vehicle, while Gen 2 vehicles (2013-2016) may receive a Emissions Compliant Repair to bring them in-line with legislation. Customers with eligible vehicles may submit claims via an online portal accessed through www.VWCourtSettlement.com, using a paper claim form (available at www.VWCourtSettlement.com or by calling 1-844-98-CLAIM). 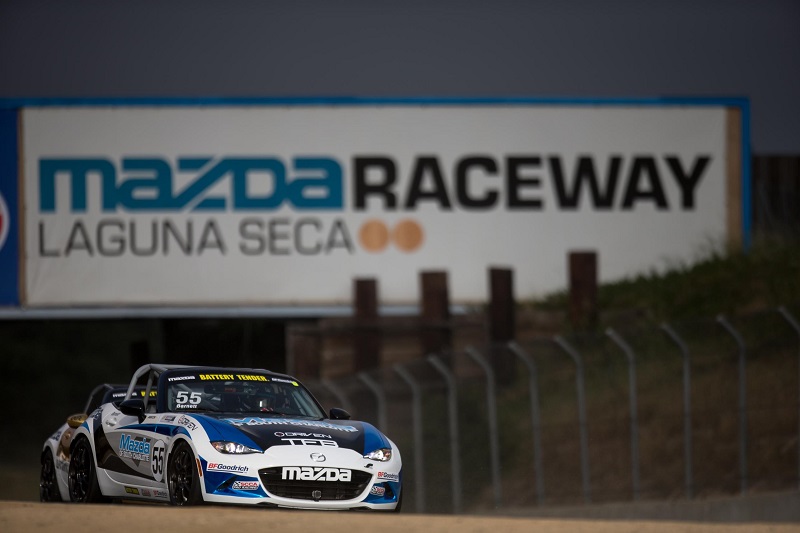 California’s famous Laguna Seca track outside of Monterey Bay has received another year of naming-sponsorship from Mazda. Mazda Raceway Laguna Seca has been known as such since 2001, with Mazda negotiating naming rights through the local SCCA chapter responsible for the track. This year’s deal shows more permanent intent on Mazda’s part, as this is the first naming-deal with the County itself. Expect to see Mazda Raceway Laguna Seca remain named as such for a long while to come.

As CEO of Mazda North American Operations Masahiro Moro said, “Mazda Raceway Laguna Seca is truly our spiritual home. We understand the importance that facilities like Mazda Raceway play in sports car racing, which is why we’ve remained dedicated to the facility for so many years. We look forward to working with the Monterey County Board of Supervisors on a long-term agreement that will allow the facility to thrive and remain among the world’s finest race tracks.” Good on you Mr. Moro.