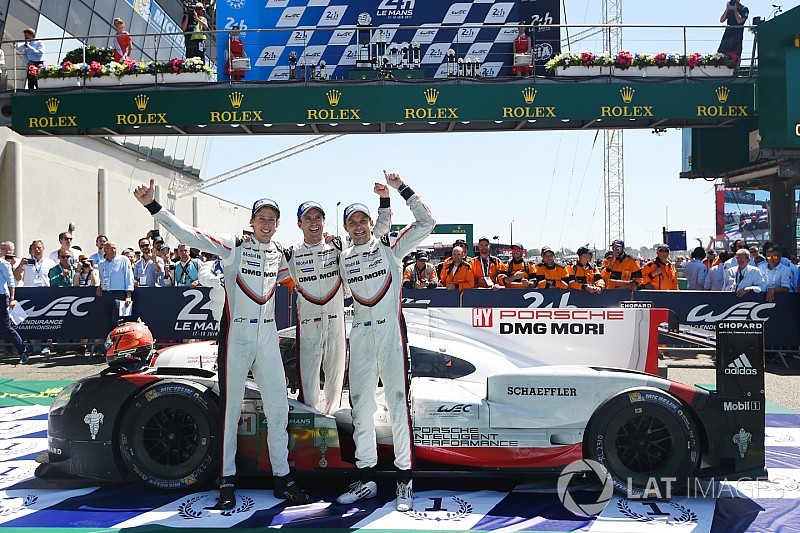 With the 24hr of LeMans taking place this past weekend, this edition of the news is more like a race-recap, although there was some ‘normal’ car news as well:

24 hours of Lemans: What a Race 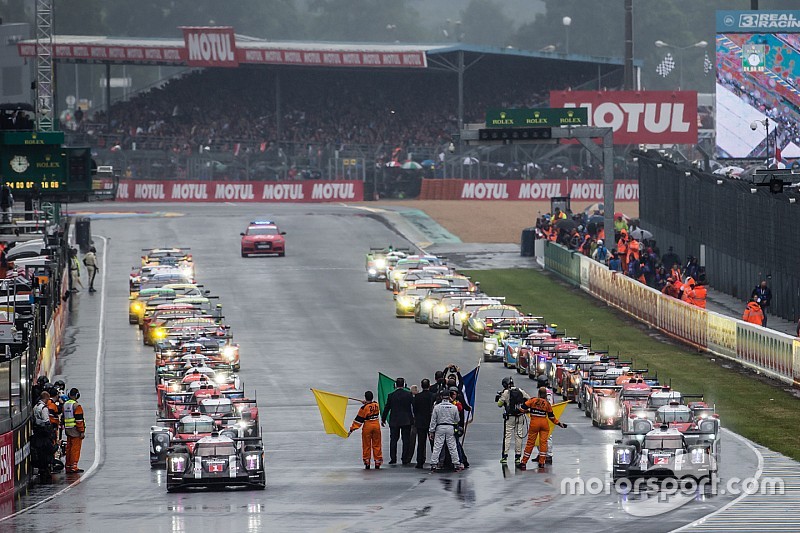 The 2017 24 Hours of LeMans took place over the weekend, featuring plenty of drama and unexpected results throughout the four classes: LMP1, LMP2, GTE-Pro, and GTE-Am.

In the fastest LMP1 class, a relatively easy victory was assumed for Toyota, after their driver Kamui Kobayashi broke the lap record by over 2 seconds, taking pole position in the process. The 6-car strong LMP1 class had 3 entrants by Toyota—the TS050 race car—2 from Porsche—the proven 919 racers—and one private entrant. The private entrant lasted a mere 2 laps around the 8-mile long Circuit de la Sarthe before retiring, leaving the two manufacturers.

The remaining five cars all suffered mechanical problems, with the #7 Toyota car retiring with clutch issues. Their #9 car suffered a collision with a LMP2 car in a corner, causing suspension damage, forcing the car to limp home. In the process of limping home, the car caught fire, finishing it’s race. Toyota’s last remaining entrant, the #8 racer, was out of the race for almost 2 hours early in the race, due to a faulty front-hybrid system. Due to this delay, the car finished 19 laps down from the victor, as Toyota’s only finisher. The expectations of qualifying did not play out for Toyota.

Porsche did not fare any better, taking the victory through better luck with their maintenance issues. The #1 Porsche 919 racer was at one point the only LMP1 car in in a competitive position on track, with Toyota’s stable either out of the race or under repair, and the #2 919 behind due to earlier repairs. Due to this quiet position, the #1 car could take it gently. Despite this, the car suffered an engine failure, putting the LMP2 class leaders in the overall race lead.

The #2 car had suffered early problems with its hybrid system, putting it 19 laps behind its teammate. When the #1 car retired with four hours left in the race, the #2 car was forced to make up the gap with the now-leading LMP2 class, to secure the overall victory. Over the next four hours, that is exactly what the #2 car did, assuming the lead half-way through the 23rd hour. This victory gave the 919 car its third consecutive LeMans victory, elevating to the pantheon of LeMans multi-victors.

The LMP2 and GTE-Pro classes also featured their share of drama, with the #38 Oreca car raced by the Jackie Chan DC Racing team upsetting the LMP2 class with its victory. The #38 car was not expected to contend for the lead, or race very competitively at all, yet ended up taking the first position in its class, leading the entire grid for many hours, and finishing second overall. This unexpected victory by the Chinese-raced team could help to garner more interest in their massively populated home country. 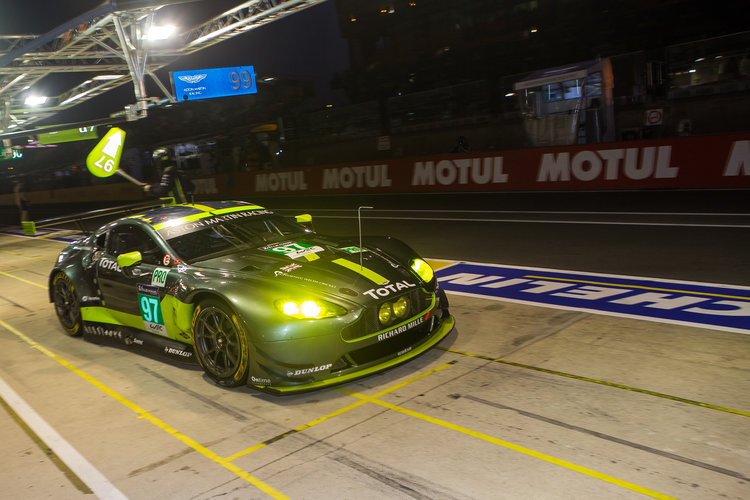 The GTE-Pro class featured a dramatic ending, with a somewhat interesting beginning. The #95 Aston Martin Vantage led the race for most of the 24hrs, with a contact incident taking it out of competitive placement. This left the five entered manufactures with one car each on the lead lap, with enough time for anything to happen. The most fierce racing was between the 1-2 #63 Corvette C7.R and #97 AM Vantage. A late-race pass attempt led to light contact between the two, which resulted in a small puncture for the C7.R one lap later. The resulting shuffle of positions put the Aston Martin #97 Vantage in first position, the #67 Ford GT scooting up to second, and the once-leading C7.R finishing a still-respectable third.

The remaining GTE-Am class was led entirely by Ferrari cars, with the final results having Ferrari’s #55 and #62 cars taking podium.

The FIA World Endurance Championship, the series that the majority of the contenders in this race run, returns in just under a month for the 6 Hours of Nurburgring.

Mazda’s new three-row SUV, the CX-9 is often overlooked in a market flooded with SUV’s and CUV’s. With a standard 2.5L four-cylinder engine, turbocharged in a move towards the future by Mazda, the CX-9 has a modern powerplant, featuring good mileage and sufficient power. The available AWD opens the market to people in less-forgiving climates. To further appeal to the market, the CX-9 has recently been awarded the IIHS Top Safety Pick+, their highest rating. Aiding this are a full-suite of available driver aids, as well as headlights which are good enough to receive the IIHS highest rating of “good”. 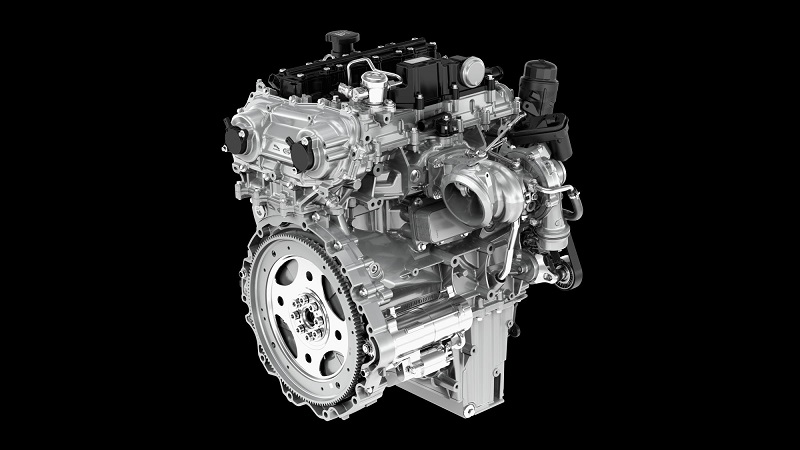 Land Rover has spent the past few years developing a small-displacement series of four-cylinder engines. Dubbed the Ingenium line of engines, these are meant to be ‘modular’ units, with varying displacements and fuel types. Available in Europe over the past couple of years, Land Rover is finally bringing its smallest engine line to its smallest SUV’s, the Land Rover Discovery Sport and the Range Rover Evoque.

While we may be getting the European’s engine, we will not be getting their freedom of choice: chances are more than likely that a single 2.0L gasoline engine with power outputs of either 240bhp or 290bhp. The engines will likely be mated to either an 8 or 9 speed automatic. The Ingenium line of engines feature direct injection, a twin-scroll turbocharger, as well as featuring an integrated exhaust manifold.

Look for the higher-tech engines at the 2018 Evoque or Discovery reveal later this year.