In a move for easier understanding, the weekend news will be renamed ‘Weekend Roundup’, but besides that the news format from past weeks remains the same:

While the 2018 Porsche 911 GT2 RS was used extensively to publicize the new Forza game at the E3! gaming convention, Porsche itself was being oddly tightlipped about the details of the car—or even the cars very existence. With the cars official public reveal at the Goodwood Festival of Speed, this has changed, and Porsche has become forthcoming with their new 911’s technical details. It was already suspected that the GT2 RS would be a quick car, but as it turns out the tech sheet of the car pegs it as the most powerful road-going 911 ever produced by the company. While the 3.8L twin turbocharged flat-six may be based on the unit in the ‘regular’ Turbo S, it is equipped with better cooling and larger turbochargers to produce an even 700hp, which is 80hp more than the previous GT2 RS model. With a torque figure 37lb-ft higher than the last car at 553lb-ft, the GT2 will certainly have plenty of power to get off the line, all of which is being sent through a 7-speed ‘PDK’ dual clutch gearbox to the rear wheels. The engine also features some interesting technical specs, such as a water-spraying system on the intercoolers to keep charge-air temps down, much like early Subaru WRX STi’s. This power results in a 0-60mph time of 2.7secs, which may be conservative, and an almost-bonkers 211mph top speed, which is certainly not conservative.

To handle this power, Porsche did not leave the rest of the car untouched. Most notably, the rear-axle is equipped with rear-steer, for better controls at all speeds. To enable the use of the cars prodigious power, the rear tires are a massive 325/30ZR21, while the fronts are a much-smaller 265/35ZR20, and the compound comes stock as ‘Ultra High Performance’ compound. To haul everything back down to a safe speed, the GT2 RS comes standard with a carbon braking system. For those who simply must have the best of the best—which I imagine is most of the GT2 RS’ clientele—Porsche is offering the Weissach Package, which sheds 40lbs, including 25lbs of unsprung weight with new wheels, for $31,000. The car is available for order now, and starts at $293,200.

Maserati GranTurismo Still Exists for MY 2018

In a staggering display of perseverance, the Maserati GranTurismo hangs onto life for another year, and actually received a mild update from the company. The car—first introduced in 2007, 3 years before the iPhone—receives a new nose and rear bumper, as well as a new transmission. The new nose—inspired from the beautiful Alfieri concept—combined with the rear, drop the drag coefficient by .01, to 0.32. The old, 4.7L naturally aspirated V8 hangs in there, although is now sending its 454hp and 384-lb-ft of torque through a 6-speed automatic unit provided by ZF. This engine is the old 458 engine, and is a lovely engine, however the key word is that it is old. With modern cars powered by turbo-torque, the new GranTurismo will be left behind at quite a few stoplight launches. Despite this, the naturally aspirated nature of the engine—the very thing that makes it ‘slow’—lends it a character now lost in the market: the GranTurismo is the only naturally aspirated Italian V8 sold.

The ‘new’ GranTurismo is now available.

Takata—the safety equipment manufacturer embroiled in a controversy regarding shrapnel-causing airbag inflators—filed for bankruptcy on Monday, as well as announcing the divestiture of its production business. While the Tokyo HQ and staff will remain under the Takata brand, the rest has been acquired by Key Safety Systems—owned by Chinese company Nigbo Joyson—located in Michigan for $1.6B. Production of the brands inflators is slated to cease by 2020, after the line finishes the standing order for 100 million replacement inflators. While Takata is selling the company for $.16B, they have a standing $1B in court-mandated fines to pay to various individuals and companies. CEO Shigehisa Takada, whose family has owned and run the company, apologized in a press conference and announced he will step down, and potentially divest of his interests in the company. 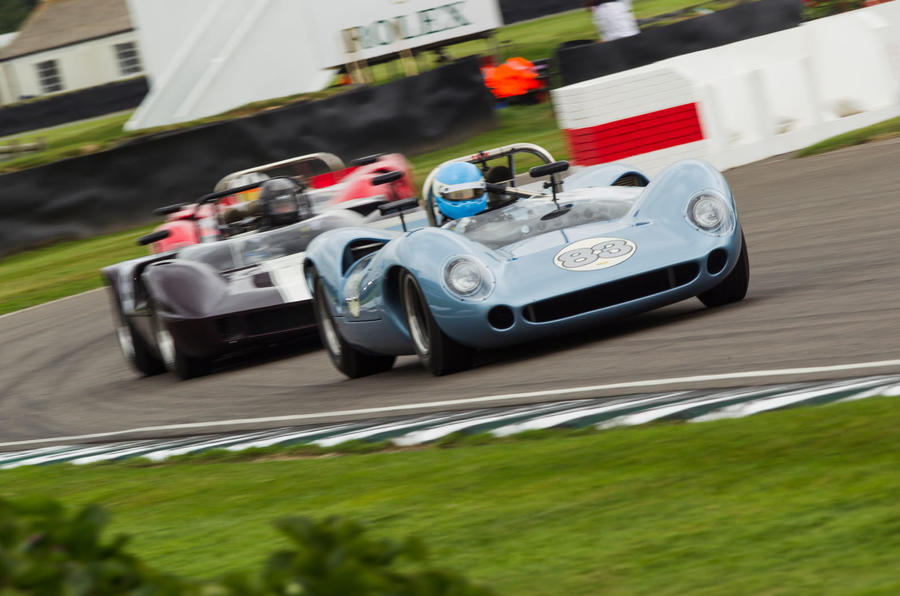 This weekend saw the 25th celebration of the Goodwood Festival of Speed—a circus of a motoring show and a hill climb—take place on Lord March’s lawn. With hundreds of cars on display, dozens running the hill climb, and even a couple of new-product reveals, there is too much news to report without actually being there. For coverage, a good site to check is the U.K.’s Autocar, which can be found at THIS link. A couple notable highlights were the 70th anniversary celebrations of Ferrari, with many loud, beautiful, and rare Ferrari’s making their way up the hill, as well as the celebration of F1’s Bernie Ecclestone’s career. The celebration of Mr. Ecclestone was the centerpiece of the show, with a large sculpture catching everyone’s eye, shown below:

The sculpture depicts the five phases of Mr. Ecclestone’s career, and is aptly dubbed “The Five Ages of Ecclestone”. Again, for further coverage follow the link above.