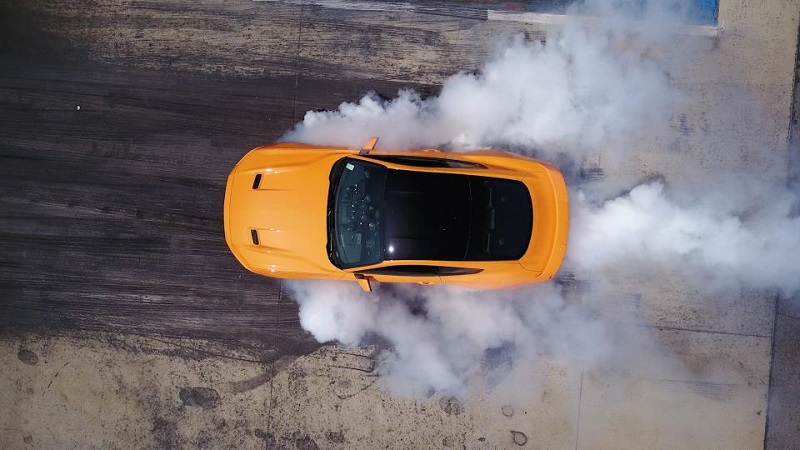 Steve von Forester, head of vehicle engineering for Ford Motor Company, has a party-pooper of a neighbor. When von Forester was backing out his company car from the driveway—a GT350 as is proper—a neighbor called 911 on him to report their frustrations at the loud exhaust rumble of the flat-plane crank 5.2L V8 engine. Glossing over the fact that 911 isn’t the proper venue for this, von Forester is a better man than me, and refused to get annoyed at the situation. Instead, he took his disgruntled neighbor experience and looked towards future Mustang development; it was a customer complaint after all.

This experience directly led to the 2018 Mustang GT’s new available Quiet Exhaust mode and the industry-first Quiet Start mode, dubbed “Good Neighbor Mode”. While many cars have a variable, active exhaust system, the Mustang GT’s optionally available active valve performance exhaust system goes a step further than any before it, allowing a schedulable Quiet Start mode, which mutes the V8’s bark and rumble. Selectable via steering wheel mounted buttons, the time can be scheduled in a specific range, such as 8pm to 8am. The optional exhaust also brings distinct sounds to each driving mode, such as Normal, Sport, and Track.

This change, along with the optional MagneRide™ damping system for the now fully independent suspension, an available all-digital 12-inch instrument cluster, and a 10-speed automatic transmission, means the 2018 Mustang GT has reinvented itself from a rough-and-tumble bruiser to a sophisticated sports car. With a sub-$50k price-point for a well-optioned example, and a sub-4 second 0-60 time with the automatic, the $94,000 slower Porsche 911 Carrera you were looking at doesn’t look so hot anymore. Because of a Mustang.

The online configurator for the new 2018 Mustang is now live.

The three major sedan sellers of Mercedes-Benz have all received small updates down the line, generally aimed at improving the powertrain. The top-dog S-Class has a new 3.0L biturbo V6 producing 362hp in the S450 trim, while the S560 is powered by a 4.0L biturbo V8 producing 463hp. The E-Class sedan receives its second non-AMG model, matching the two AMG models on offer. The new E400 sedan comes standard with a 4Matic AWD system putting 329hp and 354 lb-ft of torque to the ground through a new 9-speed automatic. This 9-speed automatic is the highlight of the C-Class sedans upgrades, as it replaces the old 7-speed unit across the entire model lineup.

Completing the refreshed lineup, which is now available, is the inclusion of backup cameras as standard on models that did not recently contain them.