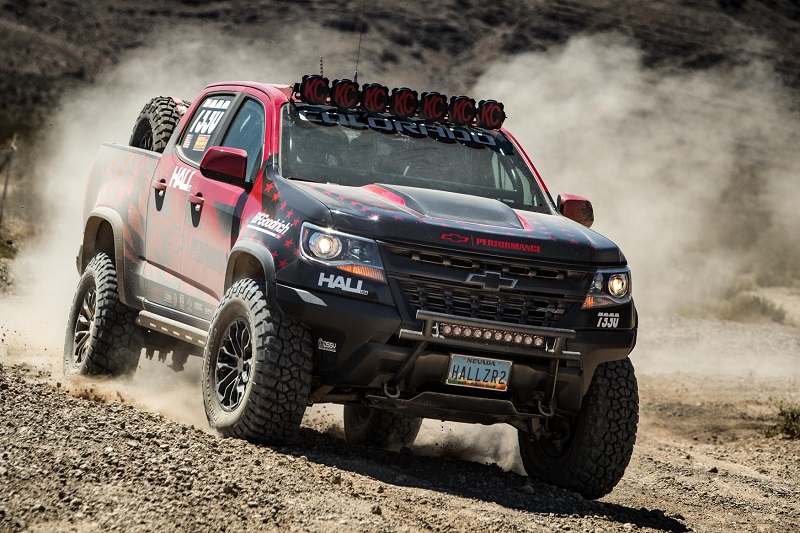 Chevrolet’s Colorado ZR2 off-road special has gained a lot of attention for being a vehicle designed in a similar vein to the incredibly popular Ford Raptor, albeit in a smaller size segment. To further boost the bragging-rights of the already extremely capable truck, a modified 2017 production Chevrolet Colorado ZR2 will be raced during Best in the Desert’s General Tire “Vegas to Reno” race by Chad Hall of Hall Racing. The truck is entered in class 7300, which comprises stock production mid-sized pick-ups and SUVs, although certain sanctioning-body mandated and approved modifications have been applied.

Among these modifications are a roll cage, a 44-gallon racing fuel tank and racing seats with safety harnesses, as well as KC HiLites racing lights, two-way radios and a GPS system for added safety. While the stock truck offers a diesel or gasoline engine the truck retains the stock ZR2’s 3.6L V-6 engine and eight-speed automatic transmission, along with a modified version of ZR2’s Multimatic DSSVTM damper technology. The ZR2 will also be used as a test-bed for Chevy Performance which can soon make their way to production vehicles.

The race leaves Vegas on Friday, with trucks arriving at various times on Sunday, the 18th and 19th of August.

BMW has unveiled the BMW Concept Z4 in a world debut during its annual Monterey Car Week Press Conference at the Lodge at Pebble Beach Concours d’Elegance Reviewing Stand. The Z4 Concept is a classic roadster in dimensions, featuring a long wheelbase, a low-slung, stretched silhouette and a compact rear end, while wrapping them in sheet metal which, “expresses the new BMW design language from all perspectives and in all details” according to Adrian van Hooydonk, Senior Vice President BMW Group Design. As we have been seeing spy shots of the new Z4/Supra mashup, this Concept comes as no surprise.

Shown alongside the Z4 World Debut Concept was the BMW Concept 8 Series that was first shown at the Concorso d’Eleganza Villa d’Este in May. Both cars will remain on display for the remainder of the week. 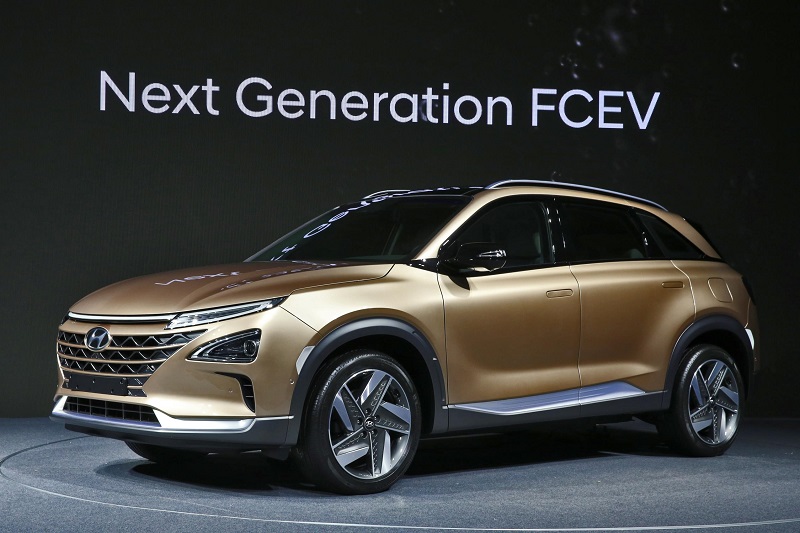 Hyundai has previewed its next-generation hydrogen fuel cell system at a special preview event held in Seoul. The system is near-production, and slated for a yet-to-be-named SUV to be debuted next year. The SUV will be Hyundai’s second hydrogen vehicle to make it to production, after their 2013 introduction of a similarly-powered vehicle.

Look for more news on Hyundai’s new hydrogen vehicle in the coming years.