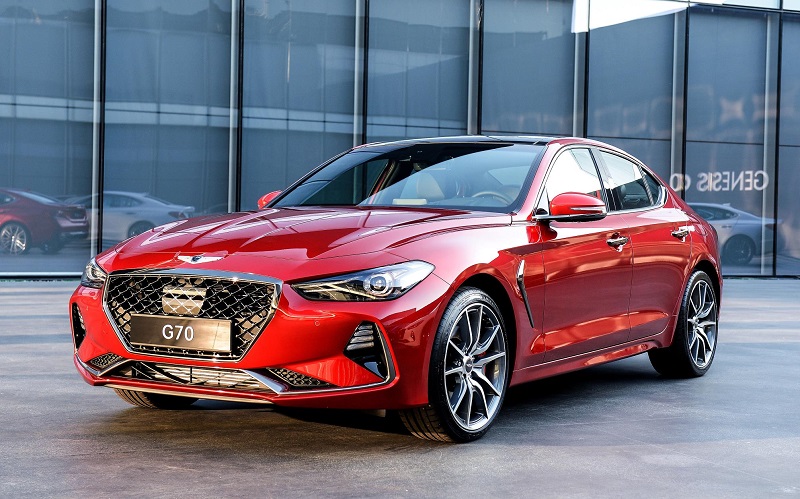 In the performance and luxury segment, a large chunk of the market belongs to the mid-size sedan, and no company is worth its weight in salt without taking the fight to the car that has become the benchmark: BMW’s 3-Series. Genesis, now independent from Hyundai, is seeking to do just that with its new G70 and G70 Sport sedans, recently shown for the first time at the Hyundai·Genesis Design Center in Namyang.

Combined with the G90 and G80, the G70 completes the sedan lineup for Genesis. In the normal G70 model, two engines are on offer globally; a 2.0-liter turbocharged gasoline engine, and a 2.2-liter diesel. While the 2.2-liter diesel may make it to American shores, it would not be advised to wait for it.

What may be worth waiting for, and where Hyundai clearly focused development, is the G70 Sport model. The structure is the same one as the normal G70, with Genesis using hot stamping methods and extended use of structural adhesives to reduce weight and production complexity while enhancing torsional rigidity and improving overall body stiffness.

What is not shared with the rest of the lineup is the 3.3-liter twin-turbocharged V6–it is shared with KIA’s new Stinger GT–as well as a full suite of performance features. These include launch control, dynamic torque vectoring system, and a tried-and-true mechanical limited slip differential.

While gearboxes have not been detailed, whatever ends up in the car will have to send 365hp and 376lb-ft of torque to the wheels, either the rears or all four depending on selected equipment. This is good for 0-60 in under 4.7 seconds and a top speed of around 168mph. Sport indeed.

Overseas product specifications in markets including North America, Russia and the Middle East are planned to be announced in early 2018.

The current CEO and president, Jerry Flannery has returned to his position as the company’s executive vice president, chief legal and safety officer. 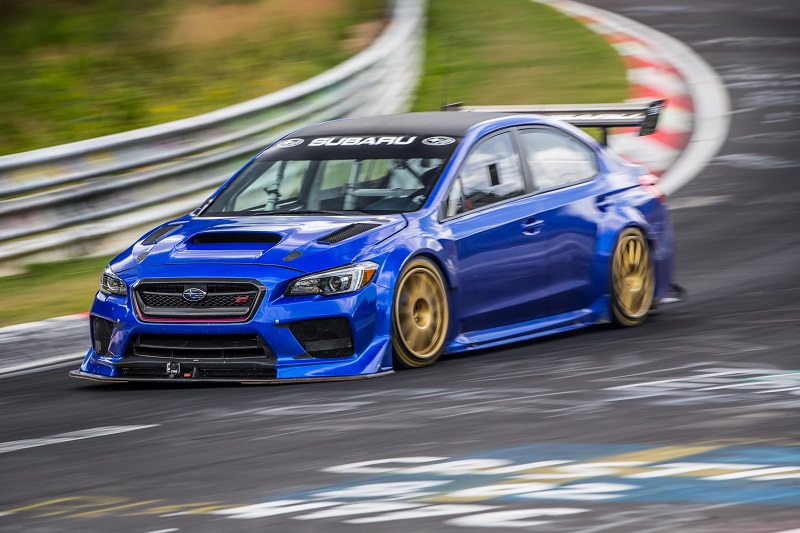 In the past couple of years, Subaru has taken its venerable EJ-powered WRX STI sedan on some verifiably pucker-inducing record attempt runs to show that the old girl still has it in her. With showings at the Goodwood Festival of Speed and Mark Higgins insane Isle of Man TT-course run under their belts, Subaru decided to tackle the Nurburgring Nordschleife: The Green Hell.

Using a production-based WRX STI Type RA NBR Special, the company and driver Richie Stanaway set an officially verified time of 6:58.9. This is not only the four-door record, but also as fast as the Porsche 918 Hypercar. Woah.

To see how the driver managed on-track, watch the in-car footage below released by Subaru. 1:37 is particularly sketchy…

We always want what we can’t have, and it seems Land Rover has recognized this. While their classic Defender was only really sold here from 1993-1997, it’s impact far outweighed the few thousand sold. Lots of people want to drive a Defender, while only a lucky few will get the chance.

The Defender will be available at the various Land Rover Experience Centers alongside current Land Rover vehicles from the Discovery and Range Rover families. Consumers participating in the program will gain insight into the heritage of the Defender and put the vehicle through its paces with trails driving across grass, mud, ruts, water crossings, and more with personal coaching from expert Land Rover Experience Instructors.