Over the past two weeks, I have been unfortunately busy with this silly thing called ‘life’, but now that that is all squared away, TheSpeedTrap.net can get back to business! Since it has been awhile since I have done a news round-up, I decided to highlight five stories that caught my eye since you’ve last heard from me.

Are these the most important news stories, the ones that everyone should know to stay up to date? No. Instead, I chose the stories which I liked and read in my free time, and feel others would enjoy.

Women Legally Allowed to Drive in Saudi Arabia Next Year On the 26th of September, Saudi Arabia announced that it will begin to allow women to drive starting in June of next year. In a bid to improve their global image, the announcement was made via royal decree signed by King Salman and read aloud on state-sponsored T.V.

Officials–who have previously included potential ovary damage and the promotion of promiscuity as reasons for their ban on driving–also hope that the change will help boost the economy, as women would no longer be bound by travel restrictions such as cabs to travel in their own country.

While the government has attempted to ease the transition by forming a committee to handle society’s changes, such as additional police training, one question remains unanswered: the country’s strict ‘guardianship laws’.

These laws require women to receive permission for many things in their life from a male guardian. Whether getting a drivers license or not is included in those laws has not been addressed. Crown Prince Mohammed bin Salman may be committed to reform, but changing the minds of the traditional, conservative families around him will still take time. 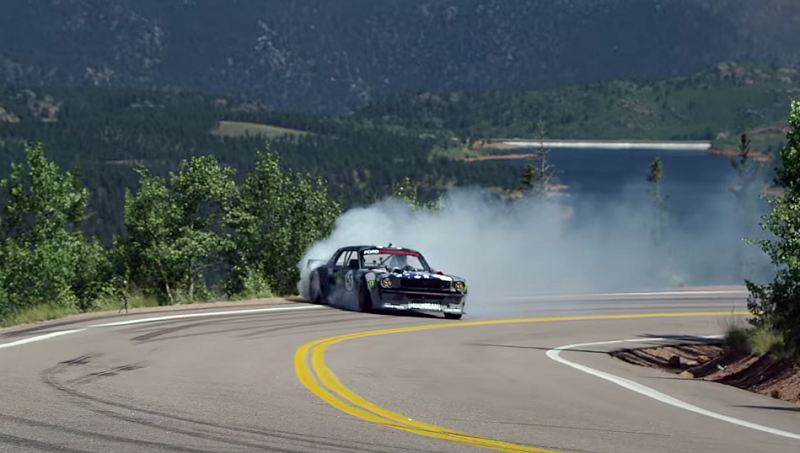 On September 25th, Ken Block released the next iteration of his Gymkhana stunt driving series, this time with a video called ‘Climbkhana’. Not much to say really: one of the best drivers alive takes his custom AWD classic Mustang with 1400hp and twin-turbochargers up one of the most famous mountain roads in the world.

Just watch the video, even if you have already. Words don’t even come close to watching him almost drift off the edge of the cliffs (Article header).

Give it a few years and we will be on ‘Gymkhana 15: Bloodhound SSC goes Sideways’. Crazy guy? Yes. Hero? For sure.

Alex Zanardi may not be a household name, but fans of Laguna Seca (the track) and CART racing will know him from his hair-raising pass at Laguna Seca’s famously challenging Corkscrew corner, which was so daring it is simply known as “The Pass” now.  Zanardi pulled this move off in 1996 with typical racing drama, passing on the last lap to win the race.

On September 25th, Dutchman Renger Van Der Zande pulled off the same pass in the exact same spot. While not as dramatic as a last lap pass, the second-to-last lap move did secure his first win of the season and the first overall victory for an LMP2 car in the WeatherTech championship.

While the extra-clean pass has been removed from YouTube–more than likely so IMSA can get you on their site–R&T has a wonderful GIF and breakdown of the pass HERE.

2018 Alfa Romeo Stelvio Quadrifoglio is Quickest SUV Round the ‘Ring 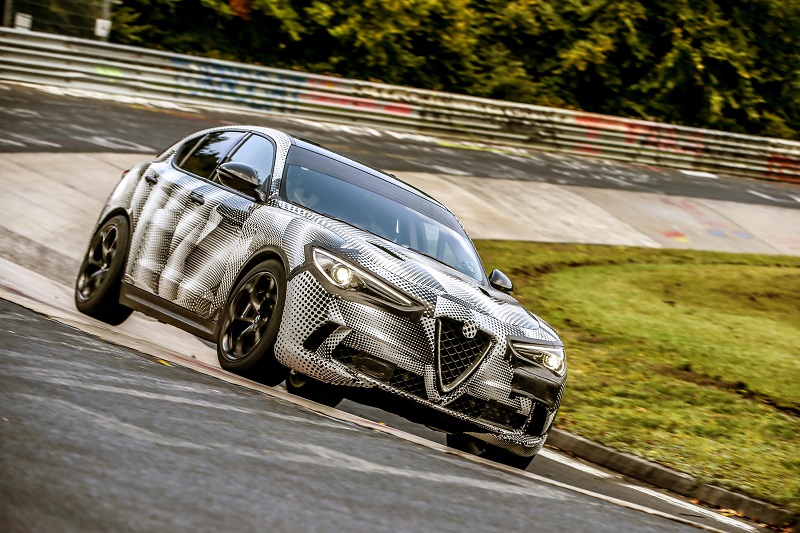 With a time of 7:51.7, the Alfa Romeo Stelvio SUV in Quadrifoglio-form is the quickest SUV around the Nurburgring. Look! They even released a video!

But….did you keen-eye viewers see what many on the internet saw? Cuts…which indicate footage removed, which indicates lost time. As the timer doesn’t cut, this is suspicious in the extreme.

For a better breakdown than I could hope to do, read the Jalopnik article HERE, and marvel at the Internet sleuths out there. 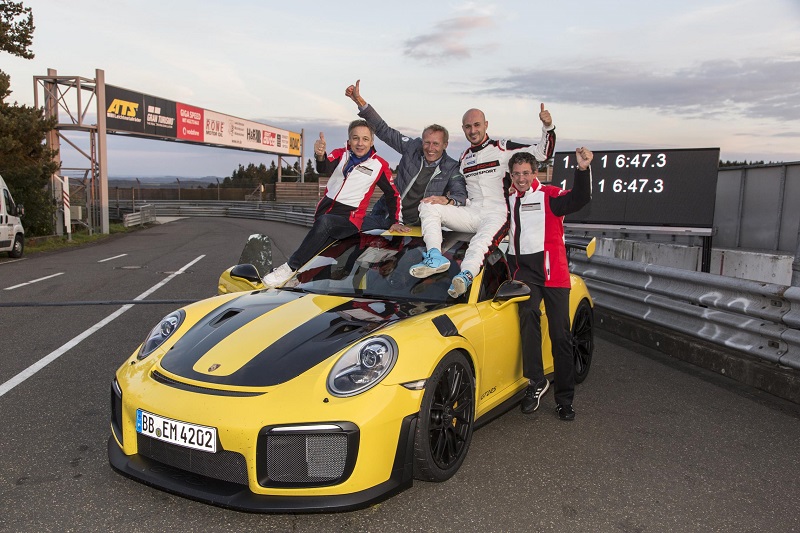 In a pleasantly un-edited video, Porsche has also set a Nurburgring lap record, although slightly more impressive. Beating the Stelvio by more than a minute, the GT2 RS has earned the title of quickest Street-Legal Sports Car around the ‘Ring with a time of 6:47.3.

The video can be watched below:

Such a time is unsurprising from the gentleman at Porsche’s RS division, as the GT2 RS is the most powerful 911 ever built. The 12.8 mile course is renowned for its twists and turns, which makes the average speed of 114.4MPH all the more impressive.

Producing 700hp and 553lb-ft of torque, the GT2 RS will surely make a splash more-so than this single lap record.