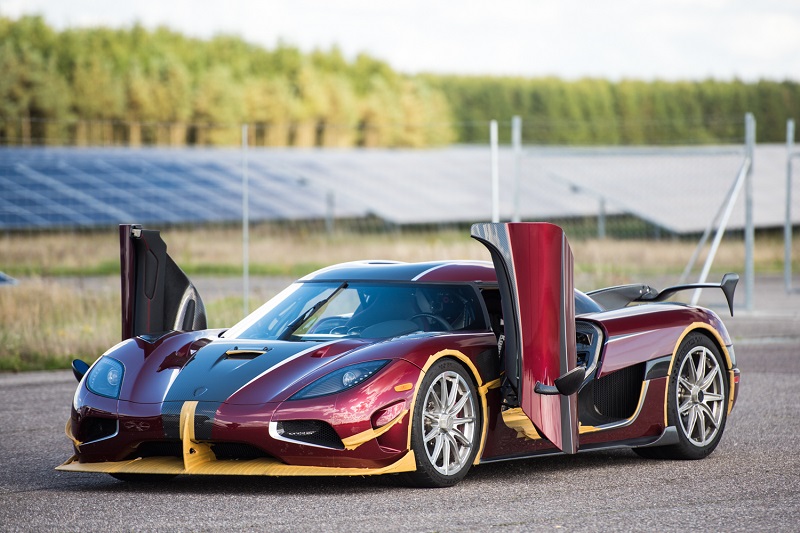 When Bugatti announced that their Chiron managed to record a 0-249-0MPH time of 41.96 seconds, the world ooh’ed and ahh’ed as we were expected to do: after all, Bugatti had Juan Pablo Montoya at the wheel and the attempt had been thoroughly planned out.

This past Sunday, Koenigsegg beat their record in an attempt with slightly less fanfare and hubbabalub. Christian von Koenigsegg and the proud new owner of an Agera RS thought they might be able to do better, and while a record run is planned with the Regera–their electric hypercar–the company decided to put the Agera RS through its paces.

Using a brand-new Agera RS destined for delivery in the US, the company attacked  Vandel, a former base for the Danish Army Air Service that was closed for military purposes in 2003, and set a time of 36.44 seconds for accelerating to 249mph from a rest and stopping again.

Tis Agera RS features Koenigsegg’s 1MW engine upgrade providing 1360 horsepower and 1011 lb-ft of torque, as well as the optional removable roll cage.  Koenigsegg  did make a small change to the rear-wing angle to reduce drag. This setting is now standard on all cars. Besides that, this was simply a customer’s car who wanted to see how fast his new toy could go, with the company embracing his enthusiasm.

Bugatti made a lot of noise about achieving their feat in less than two miles: the total length of the runway Koenigsegg utilized was 1.7-miles, with the test driver using 1.57-miles.

It was a slow news day yesterday, with the Agera’s run being the highlight. Remember to check back in every weekday for a daily news recap, and hit that like button.