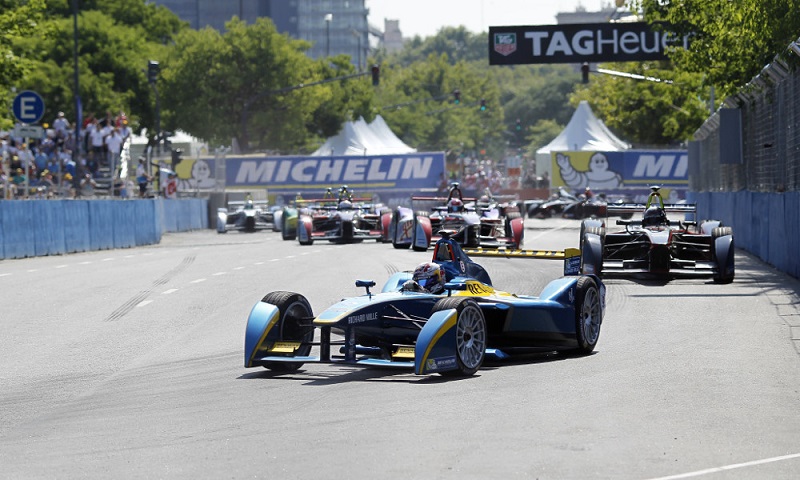 Nissan is joining fellow automotive manufacturers Audi, BMW, and Jaguar in backing a factory team entry for the 2018-2019 season of Formula E. This announcement comes late in the off-season, as the Formula E racing season gears up for starting on December 2 in Hong Kong.

The FIA-sanctioned racing series is now sporting a field of 10 teams, with a total of 20 drivers. Past vehicles have produced 295 horsepower, and only had enough range for half a race, with a vehicle/driver swap occurring halfway through the race.

This changes for the fifth season starting on the 2nd of December, as the cars produce 335 horsepower and have enough range to complete the race on a single charge.

This announcement comes after Mercedes-Benz and Porsche have also announced their intentions to field Formula E teams, but not until the sixth season in 2019-2020. More and more teams are likely to join the league, as newly allowed rules allow bigger battery packs and non-standardized electric motors will spur development of real-world EV technologies by independent manufacturers.

Hyundai has outlined its future powertrain development strategy, at its International Powertrain Conference in Korea today. This new technology took the form of four new engines and two new transmissions, from a new line of powertrains called ‘Smart Stream’.

The Smart Stream system of design is aimed at allowing internal combustion engines to meet future emissions guidelines. Among the Smart Stream technology is the first commercial application of Continuously Variable Valve Duration (CVVD) technology, as well as an increase in thermal efficiency by up to 50%.