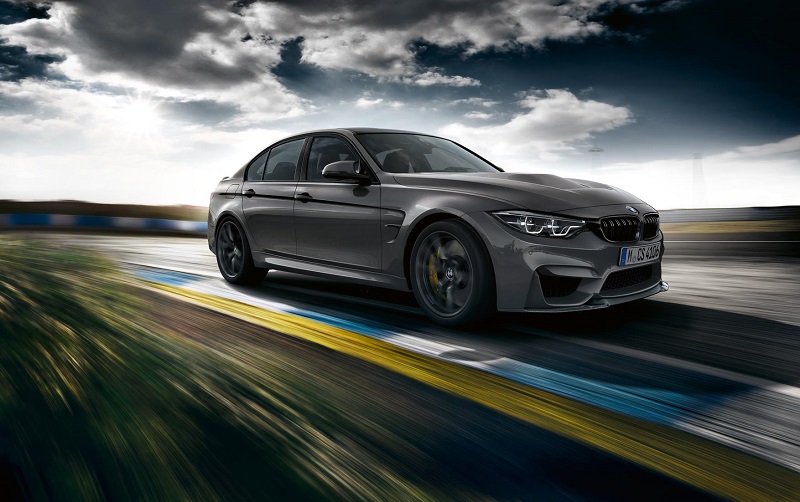 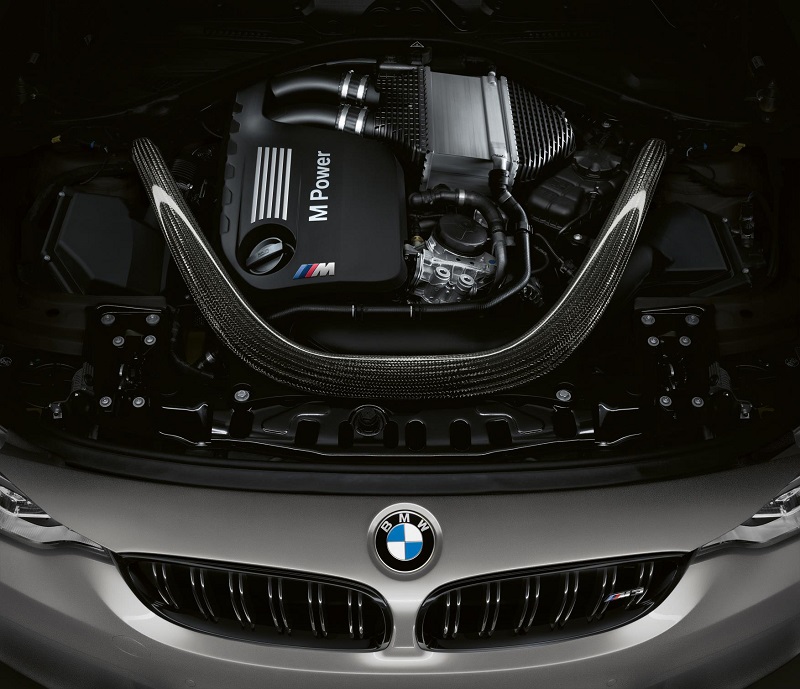 BMW has revealed the next high-power 3-Series, the M3 CS. Following the example set by its M4 sibling, the M3 CS–the first time a four door has worn the ‘CS’ moniker–is faster than a ‘normal’ M3 and not as ‘Hey, look at me!’ as the top-dog GTS offering.

The M3 CS distinguishes itself from it’s little brother by adopting a unique tuning to the suspension, as well as a moderate increase in power for the 6-cylinder inline engine familiar to the M3 range. In the M3 CS the engine develops 28 extra horsepower, for a total of 453hp developed at 6250rpm, while torque is increased 37lb-ft to 443lb-ft available from 4000rpm to 5380rpm.

This power is still sent only to the rear wheels, through a 7-Speed dual clutch transmission tuned by M Division and equipped with launch control.  Visually, the car is ‘kitted up’ in a slight body kit, with a carbon fiber “Gurney Flap” rear spoiler being the most obvious addition. The interior is kitted up appropriately in swaths of Alcantra and leather.

Orders for the 2018 BMW M3 CS can be placed starting in May of next year, with a unit cap of 1,200 units worldwide. Approximately 550 units will come to the US with pricing announced closer to the market debut. 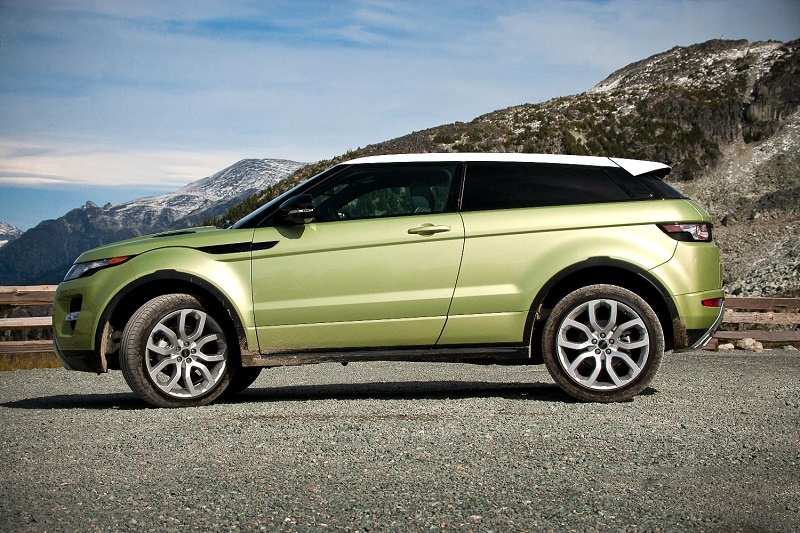 Land Rover, parent company of Range Rover, has decided to axe it’s two-door Range Rover Evoque Coupe from the US market for 2018. With the Range Rover’s departure, the upcoming Jeep Wrangler two-door will be the only vehicle for people who want to go off-road, rear seat passengers be damned!

Well, unless you count the Range Rover Evoque Convertible–picture the above sans roof–which managed to claw on for another year. 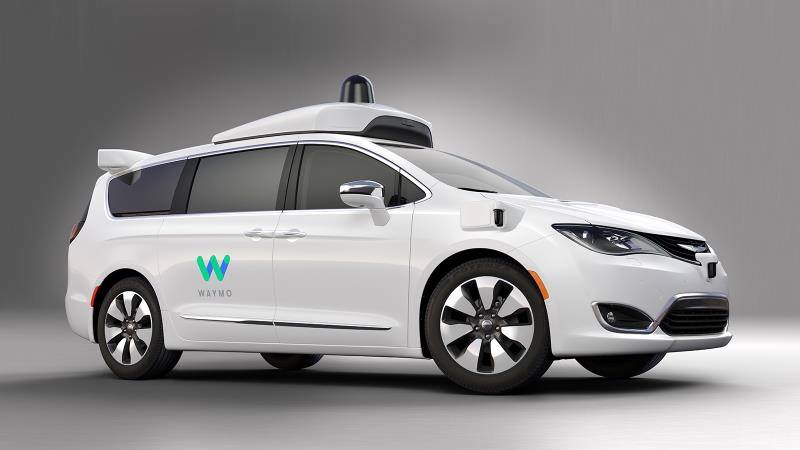 Waymo, Google’s self-driving effort, has announced that they are going to begin testing fully driverless cars on public streets, without the use of a human in the driver seat as an emergency backup. The testing, which is set to begin in the Phoenix metro area, won’t be true Level 5 autonomous vehicle testing, because while the cars will not have drivers, they will still be equipped with steering wheels.

One interesting aspect of the program is that interested locals can sign up for an early rider program, allowing them to use the self-driving cars as a vehicle share service. Participants can use the service to request rides to any location in the testing area. As the program grows in users and popularity, the company expects an area the size of “Greater London” to fall under their coverage.

While it is rather amazing that any citizen can hitch a ride in a driver-less car, the choice of their testing location is telling. With winter coming, Phoenix is one area in the US where the weather will remain relatively warm and stable. Simply ask the retirement community there. Real-world autonomous vehicles are still years away, with tests like this and Waymo’s upcoming winter testing in Michigan bringing us one step closer to self-driving vehicles.