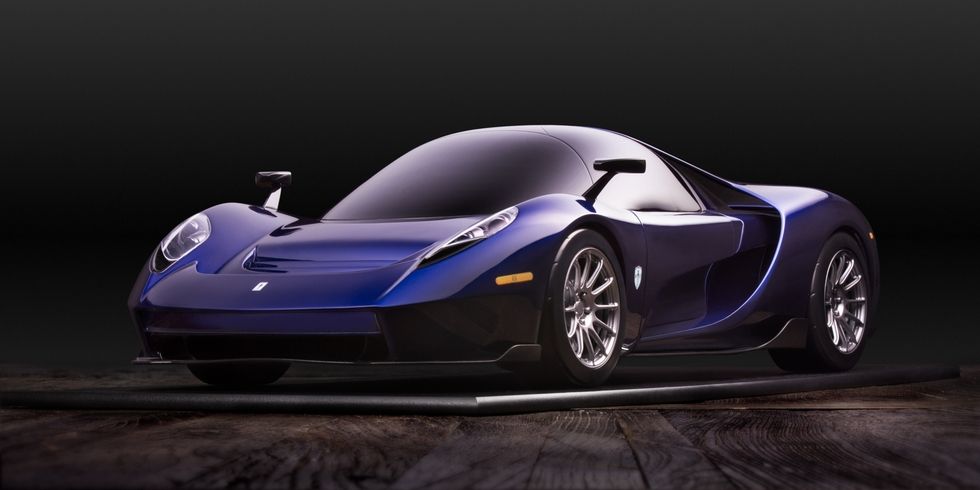 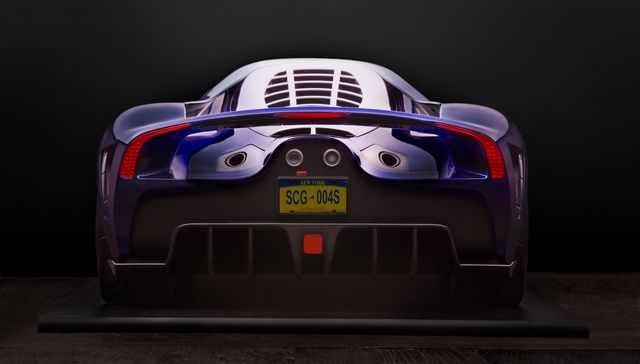 It takes a special person to look at a Ferrari Enzo and want to completely change the vehicle, and yet in 2005 that is exactly what James Glickenhaus approached Pininfarina to do. The result, 18 months later, was the P 4/5, which cemented the name Glickenhaus in automotive lore.

Soon, SCG, Glickenhaus’s new company, had built another Ferrari-based supercar, designed to race at the 24 Hours of Nurburgring, the SCG 003C. At $2M a car, the racer was a tough sell, as was the Stradale, street-legal version the SCG 003S.

Now, the company has been granted low-volume manufacturer status in the US, meaning the company can assign up to 325 VINs a year to their vehicles without meeting certain requirements. To make proper use of all of these VINs, the company has announced a new ‘entry-level’ $400,000 road-car, the SCG 004S.

The SCG 004S was developed by Chief Engineer Olivier Thomas, who also designed the McLaren P1. The car will be built in America and will come with a gated-six speed manual (or an optional paddle shift), a five-liter twin-turbo V8 producing 650 horsepower and 531 ft.-lb. of torque, a center driving position, three seats and a weight figure of 2600 lbs.

In other words, quite the package.

The first SCG 004 prototype is scheduled to be running mid next year. 18 months from now, Glickenhaus expects to finish delivering his first 25 Founders Edition road cars, which are pretty much sold out already, and will help the company with precious feedback to finalize their development.

Look for more news as next year approaches.

Headed to Bonham’s in London on December 2, this Aston Martin DB5 was purchased by ‘The Beatles’ Paul McCartney two years after the Beatles first single, “Love me Do”.  Representing an outstandingly quick rise to fame, the car wears e chassis number DB5/1653R.

This car, cam equipped with a 4.0L straight six, and was recently extensively restored to a standard that the Bonhams auction house describes as “at least as good, if not exceeding, that achieved by the factory when the car was built.” The engine was also touched, as it was enlarged from 3995 cc to 4200 cc, increasing its output from 282 horsepower and 280 lb-ft to 315 horsepower and 305 lb-ft of twist.

Pre-auction estimates peg the expected sale price at the equivalent of $1.6 million to $2 million.

After six-years on the market, US production of the C-Max hybrid will come to an end in mid-2018. As this is Ford’s worst selling model, this comes as no surprise.

This move frees up room in the Michigan Assembly Plant to construct the new Ranger and Bronco. As both will sell more than a bad hybrid, this was a good move on Ford’s part.