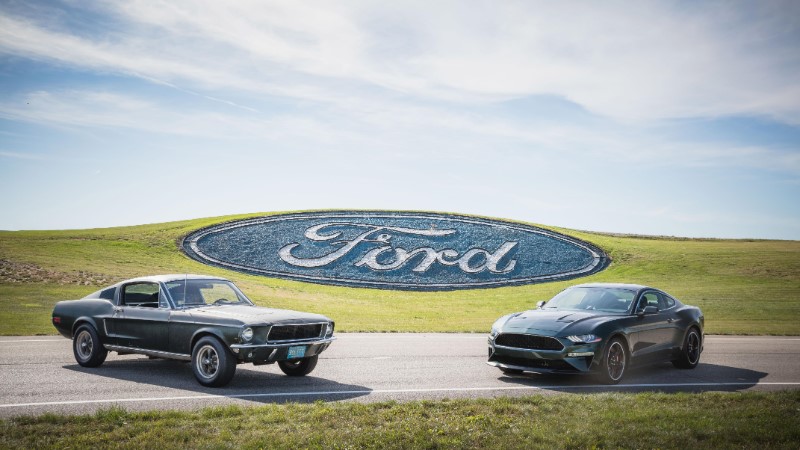 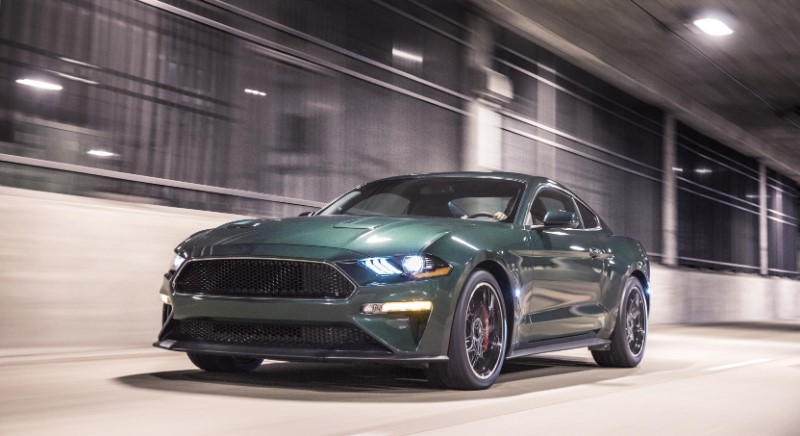 To celebrate the 50th anniversary of the iconic Steve McQueen movie Bullitt and it’s iconic San Francisco chase scene, Ford has taken to the 2018 North American International Auto Show in Detroit to reveal their new Bullitt-edition Mustang GT. This fourth iteration (counting the original) of the Bullitt nameplate was revealed alongside the long-lost ‘second Mustang’ used in the filming of the movie (pictured in the header above).

This new Bullitt Mustang is powered by a re-worked version of the normal Mustang GT’s 5.0L V8. Power numbers have not been publically nailed down, but Ford promises numbers higher than 475hp and 420lb-ft of torque. This is achieved by a new “Open Air Induction System”–I assume a CAI–and a Shelby GT350 intake manifold with 87mm throttle bodies and new ECU tuning.

The interior of the car is fully loaded as standard, featuring luxury’s such as a heated leather steering wheel and an awesome 12in all-digital LCD dash panel. The exterior of the car is distinguished from normal GT’s by special 19in aluminum wheels and a unique black front grille. All cars come equipped with Ford’s semi-active MagneRide suspension.

Only two exterior paint choices are available; either Shadow Black or the classic Dark Highland Green as made famous by the movie. In my opinion that is one choice to many: you HAVE to go with the green.

Expect the Bullitt to go on sale later this year, with finalized power figures coming soon.

Below is a nice movie Ford made in which Molly McQueen, Steve McQueen’s granddaughter, meets the owner of the missing movie car, Sean Kiernan. It is definitely worth a watch. 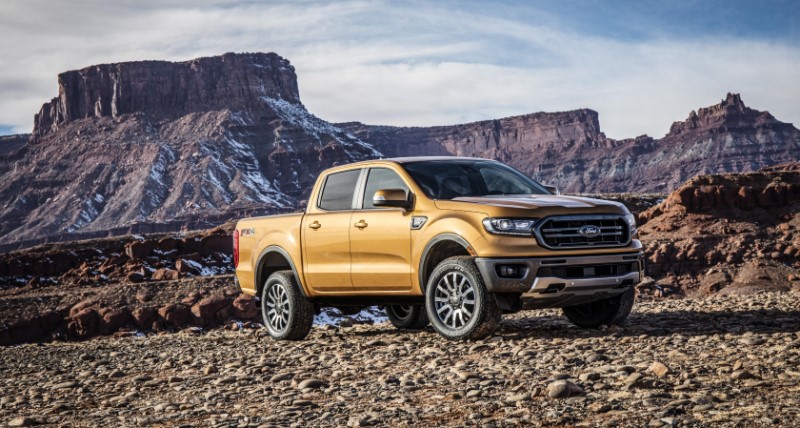 Absent from the U.S. market since 2012, the smaller Ranger pick-up was loved by many, and generally missed. Returning to the U.S. market with a high-strength steel frame, a 2.3L EcoBoost 4-cylinder, and a 10-speed automatic, the New Ranger promises to be an attractive option for many truck shoppers.

Presumably available in both RWD and AWD variants, the Ranger will com in three trims, with two cab options: entry-level XL, mid-level XLT, and high-level Lariat trims, in either SuperCab or SuperCrew cabin options. All models are supported by independent front suspension in the front, and a solid rear axle in the back.

The Ranger promises serious off-road chops, with various terrain settings for the off-road management system, and a Dana AdvanTEK system sending power through the front and rear. Most importantly, and imperviously, 4WD Rangers come equipped with low-range gears, featuring 2-high, 4-high, and 4-low.

Expect the Ranger later this year. 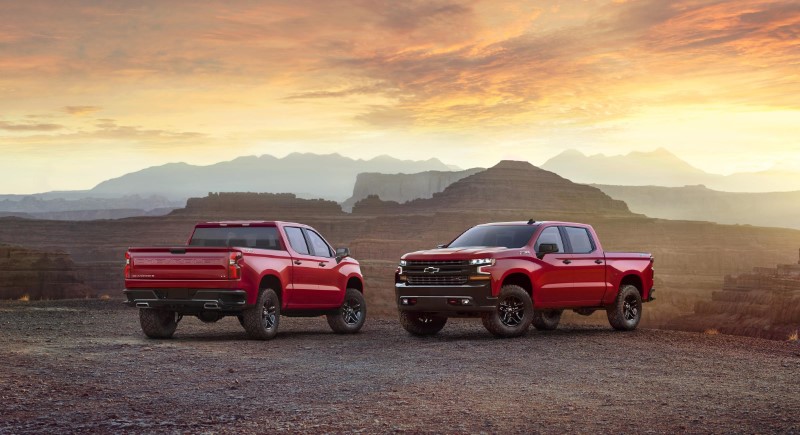 In more truck news from the 2018 North American International Auto Show in Detroit, Chevrolet has revealed their all-new Silverado 1500. As seen in the picture above, the 2019 Silverado is a much more sleek vehicle, with RAM-like rear-bumper integrated exhaust and styling cues from the smaller Colorado sibling.

The Silverado is largely the same, with three major headlines. First and foremost, the Silverado 1500 is finally getting a small-capacity diesel, in the form of a 3.0L straight-six(!) turbo-diesel, that Chevrolet promises will make more than Ford’s newly announced Diesel F-150, which itself makes more than the RAM EcoDiesel.

Second, the new Silverado is up to 450lbs lighter than the outgoing model, largely due to the adoption of larger amounts of aluminum in the construction. Chevrolet points out–largely to preserve their ad campaign–that the bed is still made of High-Strength Steel.

Lastly, the Silverado 1500 receives two new trim-levels for 2019, the trail-ready Trailboss trim and the glam-tastic RST street appearance package, which includes 22in wheel options. The Trailboss is the trim that most people are interested in, and while not quite as off-road ready as the Raptor, the new trim certainly turns the truck into a capable off-road performer.

The package adds key options to the selected trim, including a 2-inch suspension lift, the Z71 off-road package which includes a locking-rear differential, skid plates, Rancho-brand shocks, and 18-inch wheels shod in Goodyear Duratrac off-road tires, probably in 31in size.

Production of the 2019 Silverado will soon begin at the Fort Wayne, Indiana Assembly plant, with deliveries beginning in the Fall. 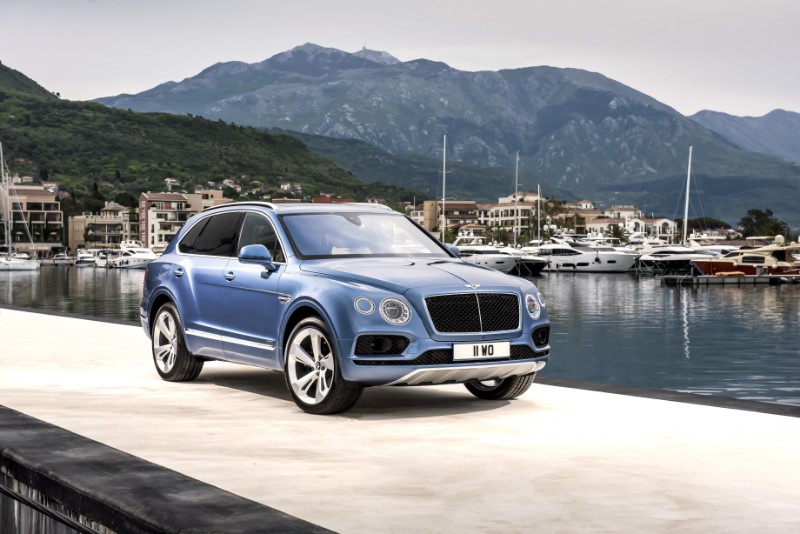 Bentley has rung in the new year by updating their Bentayga SUV lineup with the addition of their corporate V8, shared among VW products, including Audi and Porsche. This 4.0L twin-turbo V8 makes 542hp and 568lb-ft of torque, sending power to all four-wheels through an 8-speed automatic gearbox.

This combination is good to propel the luxury SUV to 60mph in 4.4secs and a top speed of 180mph. Although slower than the W12, the V8 is being billed as the sportiest variant of the SUV, and as such it comes equipped with twin-exhaust tips, and optional carbon-ceramic brakes.

Mercedes Encases G-Class in 50 Tons of Resin, Encasing it in ‘Amber’ 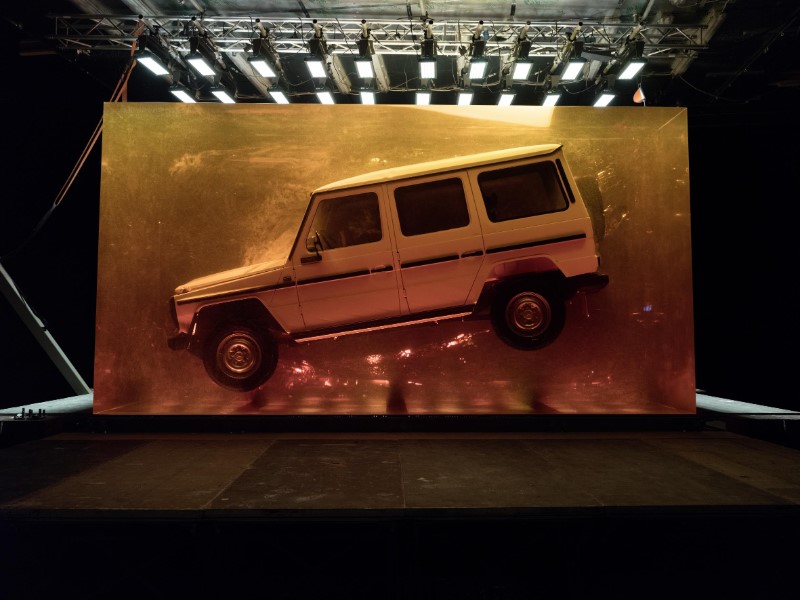 To kick off the release of the all-new G-Wagen, Mercedes has encased a 280 GE from 1979 in 44.4 tons of resin. This display of resin, while not only awesome, si the largest display of resin in the world.

The block is 5.50 meters long, 2.55 meters wide, and 3.10 meters high. The block took 90 days to make, with the block rising about 3 centimeters each day, until it reached its final height.

The resin block was revealed at the 2018 North American International Auto Show in Detroit and will be used to advertise the new G-Class in various markets around the world. 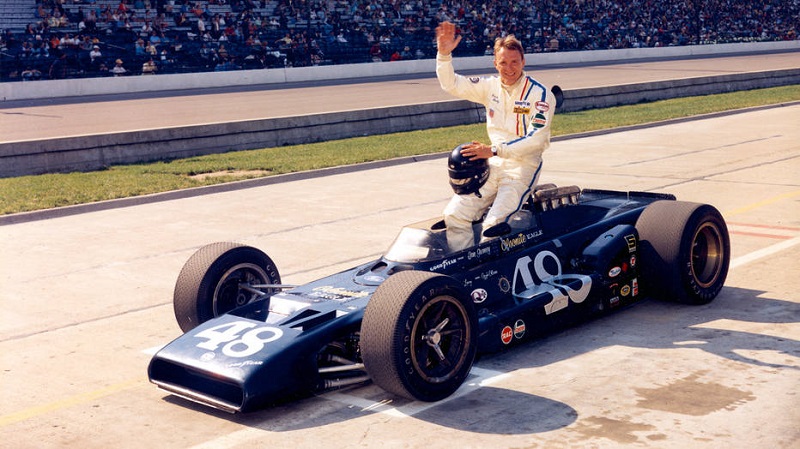 Daniel Sexton Gurney, born in 1931, has passed away Sunday night, aged 86. He is survived by his wife Evi.

For a wonderful write-up, visit Car and Driver and read John Pearley Huffman’s piece, which can be found here.

Visit this site, TheSpeedTrap.net tomorrow for my own tribute to the racing and automotive legend.