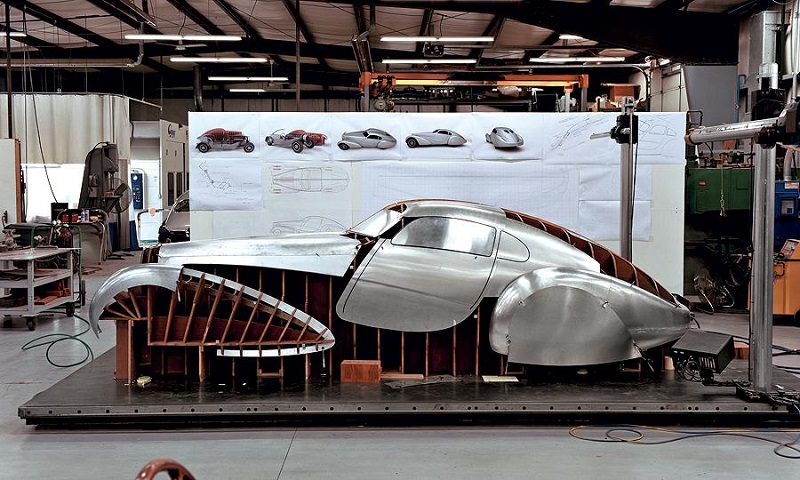 With the turning over of our calendars, a new year is upon us. With a new year, I find myself looking back at what I miss, and what new things I can officially refer to existing as “in the good ol’ days”. While things like the Land Rover Defender, or the Obama administration can be added to the list of things to reminisce about, one thing I always find myself missing—whenever I happen to think about it—is the practice of coachbuilding bodies for automobiles. This practice involves building a body separate from the chassis and running gear, usually to custom specifications. In the first decades of the automobile, almost every car was sold as a body-less, running chassis, to be bodied at the owner’s efforts. The term “coach built” comes into play from the horse carriage craftsmen who began to ply their trade supplying bodies to these new car owners.

This practice remained strong throughout the 1920’s and ‘30’s, with the automakers themselves busy with the job of actually making the cars work. However, as the car became less of a rich-man’s tool, and more of an everyman’s runabout, coachbuilding was used to ensure one’s status was known to all who saw their vehicle, as well as allowing new technologies to be tried.  With the advent of World War II and the mass-production it brought with it, coachbuilding essentially ceased to exist altogether, barring one-off projects at significant expense. The rise of the unibody construction method—where the body and frame are one-and-the-same, instead of a chassis with a body on top—sealed the fate of coachbuilding, with the process largely being impossible.

While some coachbuilding companies exist still—more on that later—the practice is definitely on the ‘good ol’ days’ list. In honor of all the New Year’s retrospection, below is a list of some of my favorite examples of the practice of coachbuilding throughout the decades. On a pre-emptive note for any complaints, trucks are excluded from this list despite their construction still featuring body-on-frame style, due to the difficulty in deciding what is a passenger vehicle, and what is a commercial or utility vehicle.