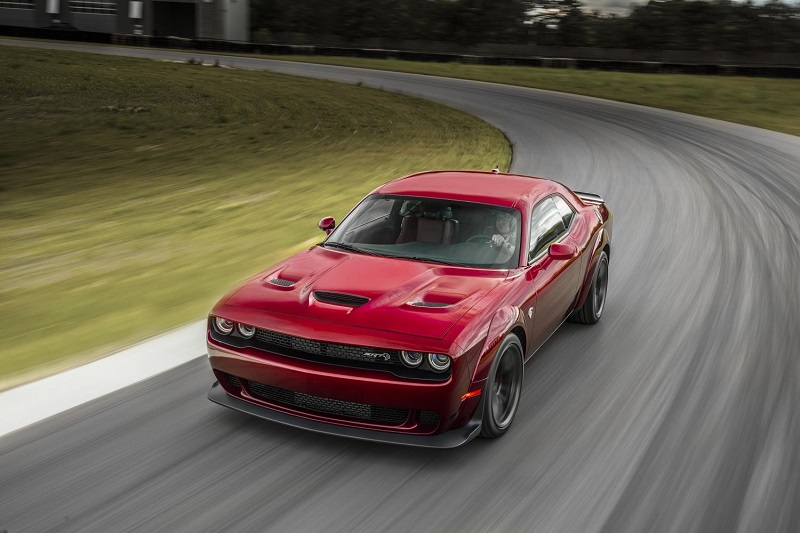 In a somewhat predictable, but wholly appreciated move, Dodge has announced that the widebody fenders first seen on the Demon drag-special will be introduced to the Challenger Hellcat as a more grip-focused model. These fenders increase the overall width of a Challenger about 3.5 inches, which allow for much more appropriate wheels and tires to be fit. These wheels—dubbed “Devil’s Rim” wheels by Dodge—are 20×11 and are shod with Pirelli P-Zero performance tires, measuring 305/35ZR20.

This increased width—both in contact patch and vehicle dimensions—allow faster track times. Dodge reports that a Hellcat Widebody is 2 seconds, or 12 car lengths, ahead of a ‘normal’ Hellcat on a unspecified 1.7 mile track. To further aid in track-use, the Widebody is the first Hellcat to come equipped with Electric Power Steering, which allows drivers to select from different modes, presumably for easier on-road driving, while maintaining the weight desired on-track.

Hellcat Widebody orders open in July, with deliveries beginning in the third quarter.

The new Dodge Durango SRT is an attractive package, both visually and mechanically. Dodge seems to agree, sensing a business opportunity, and is making the visual package of the SRT Durango available with any motor you can get in the large SUV. Beginning in 2018, R/T models—Durango’s equipped with the 5.7L V8—will all receive the same front fascia and functional scooped hood of the bigger-engine SRT offering. Buyers of V6 GT models will have to select either the Brass Monkey or Blacktop appearance packages to have access to the SRT visual package.

Future 2018 Durango’s will feature these options later in the year, as well as the addition of B5 blue, my favorite color, to the Durango line-up, a first for Dodge. 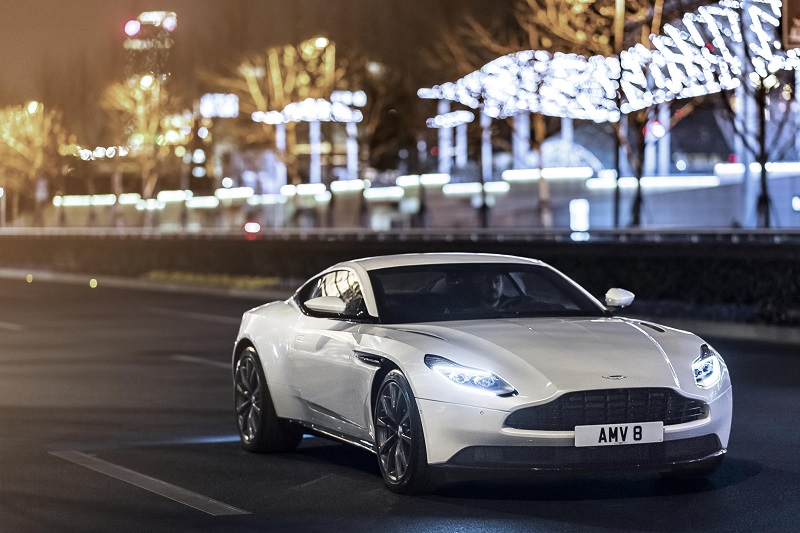 It has been known for some time that Aston Martin and Mercedes-AMG were partnering up, with the sharing of AMG’s V8 with Aston Martin as the headline of the deal. It was presumed that the V8 would debut in the Vantage replacement, however it has been announced today that it will instead debut in the DB11 at this weekend’s Goodwood Festival of Speed.

This V8 shares the exact same power as the C63 S from AMG—503hp and 513lb-ft of torque—however some fitment-specific parts had to be produced by Aston Martin. To slot the V8 into the DB11, Aston Martin had to make their own engine mounts, intake and exhaust, as well as a wet-sump oiling system. On top of these hardware tweaks, the ECU has been written by Aston Martin for the throttle map they feel is most appropriate for the brand.

The V8 is down 97hp from the 5.2L twin turbocharged V12 that currently is the only DB11 engine choice, however claimed acceleration is only 0.1second slower. The V8 also sheds 254lbs, mostly over the front axle. This weight loss will more-than-likely mean that the V8 model will be the handling sweetheart of the DB11 range. On top of that, the smaller engine will be a boon to markets which operate on a tax-by-displacement model.

Aston Martin has announced their first production electric vehicle (EV), based on the current Rapide saloon car platform. A concept was shown in October of 2015, dubbed the RapidE Concept, and the current planned-vehicle shares the idea of that concept, as well as a name. The production RapidE will come to market in 2019, featuring a total production run of 155 units. The specific chassis and body will be derived from the upcoming Rapide AMR, while the power pack will be developed by Williams Advanced Engineering, power pack supplier for Formula E.

Look for more details and pricing as 2019 edges closer.