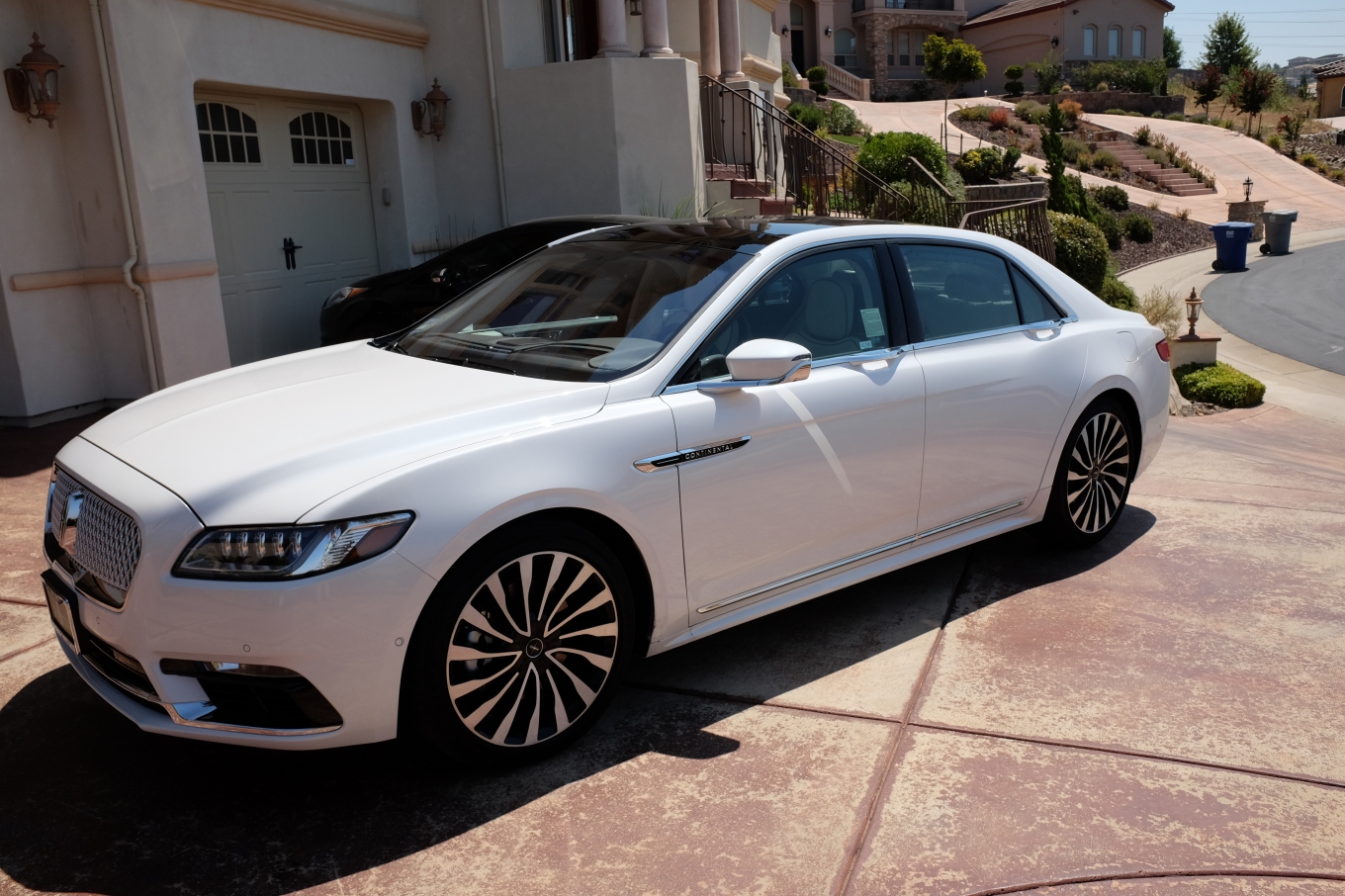 For the past week, I have had the pleasure of driving a brand-new Lincoln Continental, spec’d to the tee’s with the Black Label package, for my job, enshrouded in comfort the whole time. While I have put about 800 miles on the car and have developed a decent impression of it, I am saving a full review article until I can learn all the little tidbits that you must live with a car to learn: look for that article in the next month or so. Rather, todays article is my first impressions of how the car lived up to the ‘Black Label’ experience I was expecting.

The Black Label cars are supposed to be the nicest interiors you can buy in a Lincoln or a Ford, and really, none of the other stuff is supposed to matter. Black Label cars are all about comfort and convenience, and as such, I had to change the normal attributes I look for in a car. Rather than engine response and cornering speeds, I had to tell my mind to instead pay attention to lumbar support and button ergonomics. This was definitely in the Lincoln’s favor, because some concessions had to be made, and our particular Continental was FWD with a twin-turbo 2.7L V6 and a 6-speed automatic. Performance was not paramount.

Despite that, performance was sufficient, which is really all a car like this needs. The engine is smooth, quiet, and relatively refined for an engine that began life in a work truck. Acceleration is quick, with no traffic being too brisk for the big Conti to merge into. The fact that over 300 horsepower and torque is being sent to the front wheels only is masked well by the brake-based torque distribution system in the front, as well as the natural weight of the car. Flooring it from a stop will result in spinning front wheels, but they are firmly planted otherwise. The 6-speed automatic is starting to show its age, as it only lets the engine eek out 21mpg in a mix of driving, mostly city. As Ford is busy shoving its 10-speed automatic into anything it can, it seems likely that their flagship-sedan will receive the unit, which should improve performance slightly, smoothness greatly, and efficiency noticeably.

The car rides on rather handsome 21in Black Label-specific wheels, and Ford’s Continuously Controlled Damping(CCD) suspension. While the system lacks the pothole detection system on the newest iteration of the system in the Fusion Sport, it smooth’s the road tremendously. As my car is a Fiesta ST running on coilovers, and we live in California with its wonderful roads, this suspension is rather eye-opening for me. Bumps are hardly felt, and only noticed when you are actively thinking about the suspension. The rest of the time, it simply glides down the road.

There are three drive modes, which do effect the suspension tuning to an extent. Sport is accessed by pressing ‘S’ on the dashboard mounted transmission buttons, while ‘D’ selects either Normal mode or Comfort mode, selected by the driver in a further menu. I have no experience with Normal mode, as I immediately put the car in Comfort and left it there. Handling is just fine, but when the going gets twisty, pushing the Sport button does provide noticeable effects.

All of this adds up to a driving experience that is unrushed and relaxed, perfectly suiting the interior. The Black Label experience promises a rather opulent interior, and sliding into the driver’s seat of the Continental for the first time, it was hard to believe that the same company had made this that made my Fiesta ST’s interior. The leather is soft—and everywhere—and pleasing to touch, while the few places that have plastics feature very soft-touch surfaces. The Alcantra headliner is lower-key than a leather lining would be, accenting the car nicely.

The front seats are 30-way adjustable, and for they passenger that is only in the car for a short time, they can be overwhelming. The movement of the seat is controlled by a panel where the door handle normally would be—replaced by a button on the arm rest—while bolstering is controlled by the infotainment system. Once the seats are figured out, their 30-way adjustment, cooling, heating, and massaging really come into their own and provide an absolutely stunning place to spend driving time. The one oversight which seems inexplicable is the lack of a memory setting for the passenger seat. With so many adjustment options, it would be nice to switch quickly between common front seat passengers.

The rear-seat occupants have nothing to be jealous of, as the Rear-Seat package thoroughly decked out their buckets. Not only do they electrically recline, the seats feature the same cooling, heating, and massage features of the front buckets. A control-panel armrest allows back-seat climate control, as well as control over the radio. Sunshades throughout ensure that rear-seat passengers don’t roast through the all the glass provided by the size of the car and its panoramic sunroof.

I was initially against the technology package for our particular car, as it did not provide my boss—who is solely a passenger—any tangible benefits. The tech package consists mostly of driver-aids such as auto-park, 360° cameras, and various cruising aids like lane keep assist and radar cruise control. I will happily admit I was wrong. While I haven’t really given any of the auto-park stuff a try, all the other features in the package create a modern, premium feeling for the car. My boss isn’t affected by the features, but he does see the cameras when I am parking, as well as hearing all of the safety aids. As a passenger, he approves as well, and feels it increases the luxury feeling on his end.

For a week of owning the car, the Lincoln Black Label Continental has lived up to its expectations, providing all of the features and convivence that could be rightfully expected in a modern luxo-barge. While I am confident that its comfort will persist past the honeymoon phase, I am also confident that more time in the car will only give me more time to find little issues with some of the features. Already, I can confidently say that the auto-cruise is much too conservative for California highways: the gap it leaves on its tightest setting is enough for the average motorist to slide in, creating a never-ending cycle of slowing down to increase the gap again.

Remember to check back in the next few weeks for my full-length review of the Continental, annoyances and all! Like and share this article with your friends, and ask any questions or leave any comments down below.