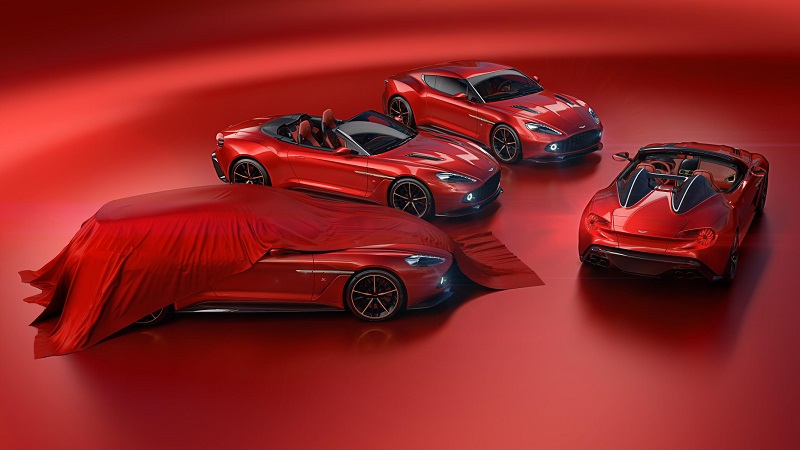 For nearly a century, Aston Martin—which produces some of the most beautiful cars in its own right—has turned to Italian-firm Zagato to design their models which are meant to be a step above the normal design language of the brand. Yesterday proved this to still be the case, as the two companies jointly announced the release of four Zagato models based on the Aston Martin Vanquish S and its 580hp naturally-aspirated V12. These models face limited production numbers, totaling 325 cars built, split between the four models.

The Zagato Coupe entered production in 2016, and will total 99 cars sold, while the Zagato Volante (convertible) only recently began production, again totaling 99 units. The rarest of the two remaining models will be the Zagato Speedster, a streamlined, permanently topless beauty totaling 28 units produced (pictured above). So far, all of these three models have been sold. While the Speedster should began delivery around 2018, the last model is not slated to begin production until then. The only model to have lots still on sale, the Shooting Brake will be a strictly 2-seat GT car, with copious storage due to its hatch-like rear design. Production is again limited to 99 units. With delivery slated for 2019.

While not many people will actually get to experience one of these cars, let us be thankful that the exist at all, the beauties that they are. 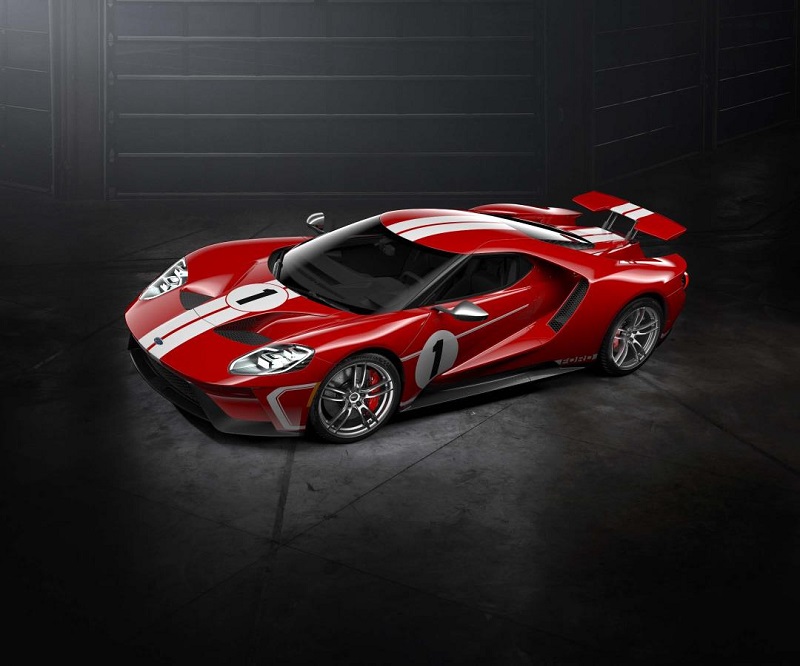 When Ford first re-released the GT40 in the early-2000’s the optional Heritage paint option was one of the most successful packages, re-interpreting a historic LeMans winner on a modern car. As such, it should come as no surprise that such a package is again on offer on the current iteration of Ford’s GT supercar; this time the livery is honoring the All-American 1967 LeMans-winning team of Dan Gurney and A.J. Foyt. This package—dubbed the Heritage Edition—comes with a unique gloss-finish Race Red exterior with white stripes and exposed carbon fiber accents. The interior is trimmed in new leather, featuring red stitching to accent the exterior. Completing the package—yes, it is visual upgrades only—are a set of 30-inch one-piece forged aluminum wheels in silver satin clear coat with black lug nuts, topped off by red calipers and silver rearview mirror caps to complete the look.

The Ford GT ’67 Heritage edition can be viewed at FordGT.com using the configuration tool. Limited quantities will be available for the 2018 model year. 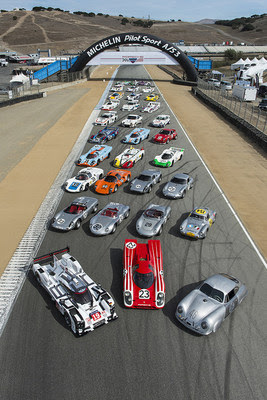 Porsche’s next ‘family reunion’—what they dub the Rennsport Reunion—has been announced as taking place at Mazda Raceway Laguna Seca four an expanded four-day period in September between the 27th and 30th of 2018. The now-traditional Rennsport Reunion brings together a vast variety of significant Porsche racecars, as well as their road-going counterparts, totaling over 1,300 vehicles at the last Reunion held in 2015. Similar numbers are expected again, with significant credit having to be given to the Porsche Club of America for filling the roster out.

On the choice of venue, Klaus Zellmer, President and CEO of Porsche Cars North America said,

“Choosing the Monterey Peninsula once again for our unique Porsche family reunion builds upon what we learned from previous Rennsport Reunions. We had close to 60,000 fans, enthusiasts and owners come through the gates of Mazda Raceway Laguna Seca to celebrate with us in 2015, and California’s picturesque central coast provides an ideal backdrop. The Golden State as a whole has always been like a second home to Porsche.”

As a native of the Golden State, I can only nod and agree with him, and hope I can make my way down to the Central Coast around the end of September.

The Chevrolet Tahoe of my childhood was a truck-based family battlewagon, which, if you were lucky, was slathered with a bit of cow hide on the interior. Besides that, it was designed to haul people and things, all over the country. The formula worked so well, that the major automakers haven’t stopped evolving it since, adding features as the market demands; however, the base philosophy of the vehicle has remained the same. Today, Chevrolet announced another stage in the Tahoe’s evolution, in the form of the Tahoe Custom. Sandor Piszar, Chevrolet Trucks marketing director, describes the impetus for the Custom; “The Tahoe Custom is a response to strong customer demand for Tahoe, as well as the full-size SUV segment moving upmarket. In the past five years, the average transaction price for the segment has climbed fueled by customer appetite for features like heated and cooled seats, adaptive cruise control and a head-up display. In what will no-doubt be a smart move, the Custom targets tech-hungry market, while skimping on some luxurious, to keep the price accessible.

The Custom is based on the lower-level LS trim, but has a variety of connectivity technologies including:

The Enhanced Driver Alert Package brings various safety features and technologies to a lower-price point than previously available, lowering the cost of entry into the current top-tier safety technology for the segment.

Tahoe Custom will be available at Chevy dealers in September 2017.