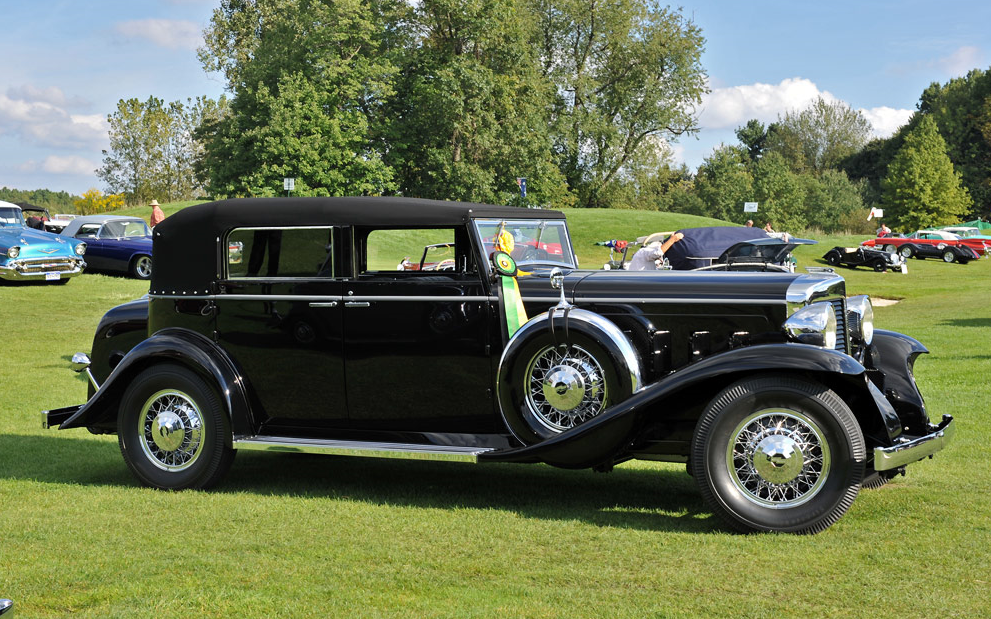 The automotive world’s history is filled with companies’ who had great aspirations only to fall to the wayside and be forgotten to all but the history buffs: companies like Hispano-Suiza, Gräf and Stift, and the focus of today’s article, the Marmon Motor Company. The Marmon Motor Company—called simply ‘Marmon’ from here on out—shouldn’t be forgotten, as they won the very first Indianapolis 500, helped pioneer the use of aluminum in the automotive world, and gifted us with one of the few V16s to ever to make it to market.

The Marmon company started out by selling flour milling equipment in 1851, and while they began producing cars in 1902—and won the first Indy 500 with their Wasp racecar—it was not until 1926 that the company divested itself of this traditional flour-mill equipment manufacturing business, and became the Marmon Motor Company. At this point, sales of their Model 32 and Model 34 aluminum wonder cars were flagging, and a new investor—George Williams, the former president of the Wire Wheel Corp. of America—insisted they needed a new, cheaper car to survive.

This resulted in two cars; the 1927 Marmon Little Eight, which lasted a year, and the 1929 Marmon Roosevelt, which was more successful. The Roosevelt was the first car with a straight-eight engine to be priced at under $1,000, which helped boost sales to nearly 22,000 units in 1929. While the Roosevelt would eventually share a similarly short fate as its Little Eight sibling due to the pending financial collapse and Great Depression, the influx of cash from the short time of sales success provided the opportunity for the Marmon company to produce the dream car that the founder, Howard Marmon, always wanted: The Marmon 16.

This V16-powered vehicle is really why people remember the company as more than a footnote in the Indy 500’s history. When it comes to cylinder count, the old adage ‘the more the merrier’ really comes into its own: people like more cylinders in their engine, clearly reflected in today’s continuing trend of placing the smallest engine at the bottom of the model range. In the early days of the car, when manufacturers where working to set themselves apart from their competitors, upping the cylinder count was an easy way to distinguish oneself.

While the Marmon 16 was not the first V16-powered vehicle—the Cadillac V-16 which was developed with the help of an ex-Marmon engineer was introduced a year earlier—it was the more powerful and visually appealing model between the two. Competition would remain between these two models, as these are essentially the only two true V16 production passenger cars ever to make it to market.

Marmon’s V16 was a step above the Cadillac’s in terms of engineering, which was recognized by the Society of Automotive Engineers’ when they awarded their annual design award to Marmon instead of Cadillac. Displacing 491 CUI (8.0L), the V16 was of an overhead valve construction, and featured a then-high compression ratio of 6.00:1 producing a total of 200hp, second only to Duesenberg’s claimed 265hp. Almost everything was cast in aluminum in the engine, including the block, cylinder heads, oil pan, and valve covers, which means the engine weighed a featherweight 930lbs. To further strengthen the engine, the engineers utilized pressed-in steel cylinder sleeves, a practice not unfamiliar to today’s engineers.

To slide the large engine under the slim silhouette Marmon wanted for their ultimate car, the cylinder banks were set at 45-degrees, about half the angle modern V8’s are set at. Sadly, the Marmon 16 came at exactly the wrong time, with the depression wiping out the market for outlandishly opulent vehicles, even with those who could still afford them. With under 400 vehicles produced—and potentially a few more engines than cars—the Marmon Motor Company ceased production in 1933.

Today, Marmon 16s are extraordinarily valuable, with the barn find pictured above selling for more than $172,000. The company itself still exists to this day, having gone through a few hands, in the form of the Marmon Group. This group still connects to their automotive history, with their history page found HERE. The group, which approximated its 2015 revenue at $8B USD, dabbles in various products, such as beverage distribution and water treatment, however they did recently produce a limited number of Marmon Big Rigs, which have a stellar reputation in the land-trains of Australia’s Outback.

Like this article? Want to see more? Make sure to check back every Monday for an automotive history article, and check back daily for various other articles. Remember to like and share this article if you enjoyed, and leave any questions in the comments section below.