Rezvani Tank Arrives to Stomp Your Raptor into the Dirt

Rezvani, a company most notable for their Ariel Atom-based line of Beast supercars, has released a new coach-built super-vehicle, which they have fittingly dubbed the Tank. The extreme off-road vehicle that is the Tank is based on a Jeep Wrangler and features almost-everything you could think to throw at such a vehicle.

On top of these ‘normal’ modifications, Rezvani adds things that would not be out of place on an actual fighting vehicle; night vision, thermal cameras, bullet-resistant Kevlar armor, as well as a Kevlar constructed fuel tank and B6 glass all around.

According to Rezvani, the Tank will start at $178,500, with a planned delivery date of later this year. The company says that orders are being taken now, with Rezvani taking $1,000 deposits.

If I were to commission a Tank, I would certainly see about sourcing a Hellcat engine, as well as going-for-broke and adopting portal axles a la Mercedes G-Wagen 6×6 or 4×4². Because, really, why not?

Yesterday, I reported a Twitter shot which showed a Nissan Leaf Concept set to be debuted by the company at the Tokyo auto show later this month. Nissan has not only confirmed the existence of the car, but also released further details regarding the vehicle and its NISMO additions.

The most notable additions are the aggressive styling cues around the body and split-spoke wheels, which all combine to reduce aerodynamic lift and add a sense of flair the normal EV was so lacking.

Stickier tires, sport-tuned suspension, and ‘revised electronics’ for the standard car’s 147 horsepower and 236 lb-ft of torque producing motor–more than likely a revised powerband triggered by a sport mode–conclude the performance upgrades, creating a package that Nissan hopes will prove that relatively affordable electric vehicles also can be fun to drive.

Look for more info at this years Tokyo auto show.

Forza 7 is the Best Car Video Game Ever. EVER. 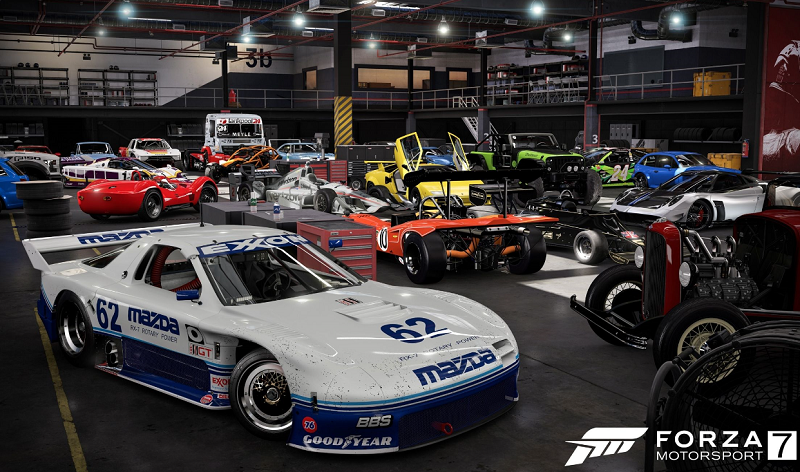 I am lucky. As I sit, I am typing this on my video game-capable computer equipped with a Nvidia GTX 1080 video card, looking at my UHD monitor. What all of this means, is I am one of the very few people interested in Forza’s new Motorsport 7 video game released yesterday capable of playing it in 4K before the Xbox X releases on November 7th.

It is gorgeous. Rubber and grime accumulate where they should on cars during races, damage happens as it would, and the cars look just so dang real. If you have not played the game, and own a Windows device like a computer or Xbox, the demo is still available for download.

The news portion of this segment is the release of the game and the success of the designers in nailing the world of motorsport, however for a full review of the game, check back to my site, thespeedtrap.net, this Friday.

Formula One is Moving to ESPN

A year after Liberty Media purchased Formula One and ousted Bernie Ecclestone as F1 God, the company is seeking to expand the sport to American audiences. Formula One has signed a multi-year partnership with ESPN as its broadcasting television partner for the United States, starting with the 2018 season.

ESPN has released a full schedule of the races and their respective air times, which you can see below: