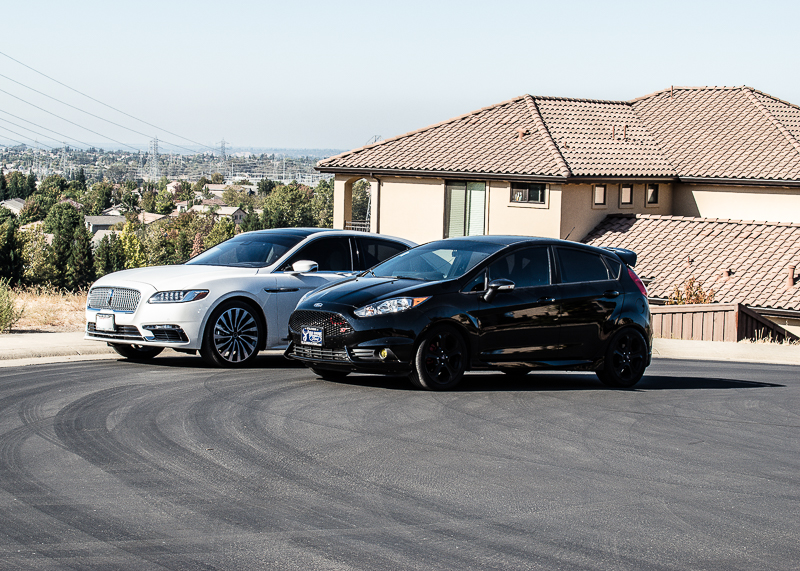 The death of the Fiesta, the deletion of the combustion-powered Smart car, and the forbidden fruit that is the Toyota Yaris GRMN hot hatchback; all of these seem to signify the death or reduction of the small car on US shores. As someone who loves small cars, this prompted me to further look into the future of the ‘Sub-Compact’ car in the United States; I couldn’t be that far in the minority when it comes to cars, could I?

Looking at a country’s penchant for any specific class of car requires some analysis as to why residents trend towards one class of vehicle over another; if it can be said that American’s like bigger vehicles, many people would agree it is just as accurate to say that the Japanese nation prefers a smaller vehicle. That is all fine and well, but the only question that really matters is why? While I don’t claim any expertise in the field of Sociology, I think that a very cursory glance at the nature of certain countries can lead to a helpful insight towards the answer.

As Japan and America have already been used as convenient examples of two countries that trend towards different cars, they will continue in that role. America seems to be the easiest country to explain their car trends; simply put, America is big. The large geographic size of the country—and many of its constituent states—means that many of the country’s drivers are faced with long drives, often on straight, mind-numbing roads. While the invention of the Interstate system has made this an easier task, bigger vehicles still lend themselves towards feeling more comfortable on long journeys, a reason many American drivers use to justify their purchase.

America isn’t the only large country, yet still maintains a significant market for large vehicles, unlike many other large (geographically speaking) markets such as Brazil, Russia, or Australia. The reasons for this are twofold: first, America has one of the most-developed road systems in the world, meaning much of the land is accessible via vehicle, whereas other countries such as Russia or Australia feature large tracts of land unsuitable for human habitation, and which don’t warrant the infrastructure development of highways and roads. Secondly; America has generally either had her own supply of oil to cheaply fuel her citizens, or a strong enough economy to subsidize fuel prices, as well as a large enough population to justify maintaining an affordable fuel price. This has not always been the case in other countries, either due to political situations or population size.

Smaller countries, such as Japan—which is roughly the size of California—don’t face these realities. When distances of a hundred miles are a significant portion of the width of an entire country, as is the case with Japan, it is likely that the average citizen of said country will not travel a large number of total miles in a day. Population density also becomes a more prominent factor in smaller countries vehicle buying habits. Japan has a population of roughly 127 million people, or a little more than a third of the United States of America’s population, in an area vastly smaller. This contributes to costs associated with storing a vehicle when it is not in use; imagine if everyone drove full-size SUV’s and other vehicles America loves so much in a country the size of Japan, with their population.

Using Japan as an example it is important to specify that their large population, strong economy, relatively cheap gasoline at $4.43 a gallon, and small size all contribute to a rather unique automotive market. The large automotive presence in the country, combined with cultural norms, means that there is a large pressure—in the form of incentives from the government and general societal pressure—to purchase a new car more frequently than in other countries. The lack of usable space in the country also led to the creation of a special, and uniquely Japanese, class of car, the Kei car. These cars, trucks and vans are found throughout Japan, and are all built to meet dimensional limits and engine displacement limits. These vehicles are identified by their yellow license plate. Owners of these cars receive more than just a license plate and an easy-to-park car; the government provides tax and registration breaks, as well as waiving the requirement to certify that adequate parking is available in rural areas.

Other small countries throughout the world tend towards small cars as well, similarly to Japan. While generally featuring a less dense population than Japan, other countries still have to grapple with a lack of available car storage and parking. This problem may be familiar to some Americans, primarily in cities, however many others would scoff at the idea of not having room for whatever size vehicle they wish. This abundance of space in America, combined with the aforementioned roads and cheap gasoline, all contribute to an unfortunate—in my opinion—conclusion on the fate of small cars in America: History will repeat itself.

What I mean by this is simple; the actual conclusion I came to, looking at America and her buying trends throughout history, is that the small car has always been dead in America. The factors that I believe contribute to Americans purchasing large vehicles don’t really change: America is still a very big place. The rise of smaller cars has always occurred in pockets, in the 1930s, the 1980s, and the early 2010s. These pockets all have one thing in common; they all happened immediately following a large economic shock, often dealing with the price of oil. The 1930’s featured a reduction in vehicle size to correspond with the loss and financial despair that left many Americans reeling following the Great Depression, while the rise of fuel-sipping, FWD compact cars in the 1980s and 2010s followed shocks to the oil market combined with a general economic downturn.

Yet the trends also show that after these pockets, when the economy has stabilized and a solution has been found to the oil crisis—either political or technical—Americans start buying large vehicles once again. This is simply because that is what the market demands; Americans like big, comfy, ‘capable’ (in the owner’s eyes), vehicles. Even now, we can see this happening, with the rise of crossover-type vehicles and larger SUV’s in today’s market. While we still recognize the need for efficient transport, and are developing ever-more efficient vehicles, we are using this new efficiency-minded technology to produce large vehicles. Efficient vehicles, but large vehicles none-the-less.

The poster child of efficiency, Tesla, also happens to be the poster child of this trend. Using revolutionary electric vehicle technology, the company has produced a large, seven seat (!), passenger car and SUV, in their Model’s S and X. Their ‘small’ car, the Model 3, will still be the size of a mid-size sedan, and took almost a 8 years of growing success to come to market. Other efficiency-minded vehicles are of similar dimensions: Hyundai’s Ioniq and Kia’s Niro are no slouches, and the Prius line, which started out as a mid-size vehicle, had to expand to include the Prius V seven-seater. Smaller such cars like Mitsubishi’s MIEV and General Motors Bolt simply haven’t seen the success of their large EV counterparts.

Looking at these trends, and the way the market is moving today, it is easy to see how the small car will forever be the little guy—pardon the pun—of the American car market. While sudden shocks to the economy may prompt a rise in more affordable, smaller cars, American’s will always want larger cars, and technology will catch up, enabling such vehicles.

Think I am wrong? Let me know in the comments below, and don’t forget to hit that like button if you’ve made it this far.