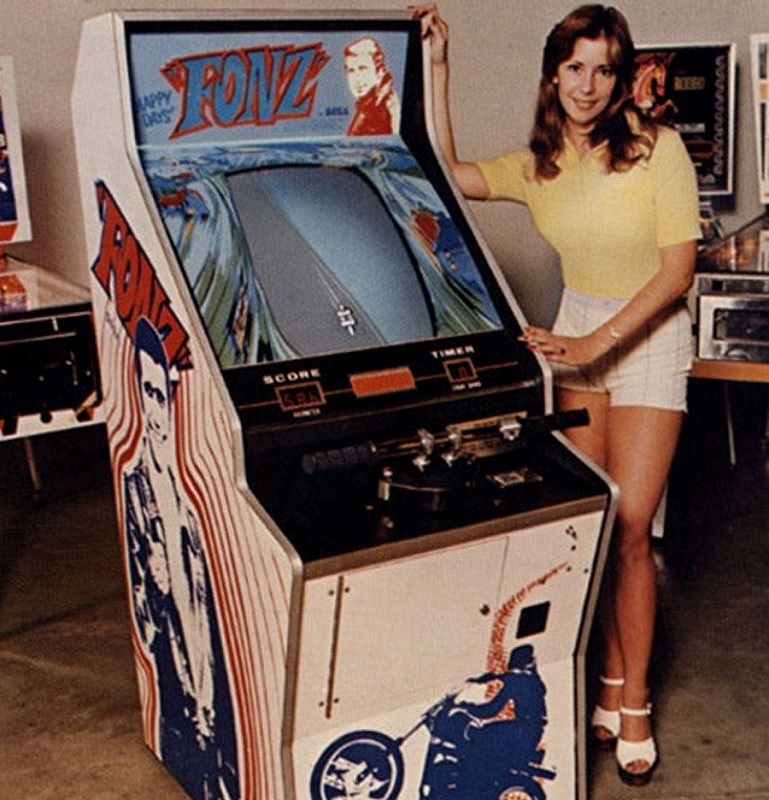 Like many young people of my generation, I spend my free time either playing video games, or something involving cars. Lately, as the video game market has been stagnating and featuring few worthwhile releases, I have been spending most of my free time at car shows, track events, and the like. Since it was summer, this worked out nicely. However, as October rolled around, it seems the game makers had a collective realization that the video game market was stale, and an explosion of new releases are coming to gamers, just as the seasons begin to turn.

It is not often that my two hobbies overlap as well as they have this month; not only are there large title releases such as the next Mario, but both major console-based racing video game series—Forza Motorsport and Gran Turismo—received major updates in new additions to each. While I have been playing Forza Motorsport 7 as much as I possibly can, it got me thinking; where did it all come from? What are the origins of what I am playing now?

It was this line of thought that led to today’s History Hit: What was the first racing video game?

It took about 12 seconds of research to realize that this was way too vague a topic. Most importantly, I had to decide what counted as a racing game; for instance, whether or not time attack counted in my mind. Other questions such as the requirement that there was something—either another player or a sufficiently challenging computer—to compete against were paramount, because without such factors, a game involving a car is likely to devolve into merely a driving game or some other non-competitive-type of game.

The first game I came across in my research raised further problems in the quest to define what exactly is a racing game. The game Space Race, released by Atari on July 16th, in 1973, is often credited with being the first racing game; in it, two players race across an Asteroids-esque star scape, seeing who can reach the other side first, without exploding.

The problem arises in that while it is a racing game in the sense that you must beat the other player standing with you at the box—remember, this is the heyday of the arcade machine—it does not tick enough of the requirements to qualify in my mind. Rather, the game—which features a fixed background and moving ‘asteroid’ sprites—is more of a competitive version of the much-later Frogger series of games. Racing the other player is less of a factor than merely surviving space.

The following year saw the introduction of a game which gets much closer to the ‘racing game’ formula, that had been slowly forming in my mind at this point. Japanese game maker Taito released the advanced Speed Race game box, which not only involved an actual car, rather than a space ship, but introduced overhead vertical scrolling graphics, the first of any game. In this game, the course width becomes wider or narrower as the player’s car moves up the road, while the player races against other rival cars, more of which appear as the score increases. These cars do not ‘race’ the player, merely providing very solid obstacles to end your drive.

While the game did feature an early racing wheel controller interface with an accelerator, gear shift, speedometer and tachometer and it could be played in either single-player or alternating two-player, where each player attempts to beat the other’s score, it still doesn’t quite scratch the ‘racing game’ itch for me. Instead, this feels more like a time/distance competition, with the clock being the only competitor. Saying that, this is certainly close, and if someone were to casually say this was the first racing game, I wouldn’t correct them.

The question remains: what would I correct them with (not that I would ‘correct’ someone in casual conversation)? That honor would have to go to a game which shares its name with the sports organization which would itself produce a number of video games: F-1, released in 1976. This game, released by Namco and officially endorsed by the racing series, was an odd conglomeration of technologies. Like Speed Race before it, it also used a racing wheel controller interface with an accelerator, gear shift, speedometer and tachometer, however rather than a digital or even solid-state CRT screen, the cabinet featured a circular track recorded on film and projected on to the screen. The true separating factor between this and earlier games, however, is the goal of the game: a single machine-controlled competitor roamed the track, with your goal to race him and defeat him to win.

Once gamers had felt the heat of actual competition, more were soon to follow. The game F-1 was re-released the following year as Road Race, essentially the same game minus the Formula One endorsement. In 1979 SEGA released the first truly modern racing game, with their Monaco GP cabinet. This cabinet introduced a real-life track, racing speeds which felt fast, multiple opponents, and a variable track width with corners. This game was released as late as 2003, and may be familiar to anyone who owned a PlayStation 2.

So that settles that; Namco’s F-1 arcade box is the first racing game that nailed the feeling of competition essential in any race. For this, I am grateful; without the development of these arcade games, racing simulator technology may not be where it is today. Now excuse me as I go compete for that Forza Cup in Forza Motorsport 7…