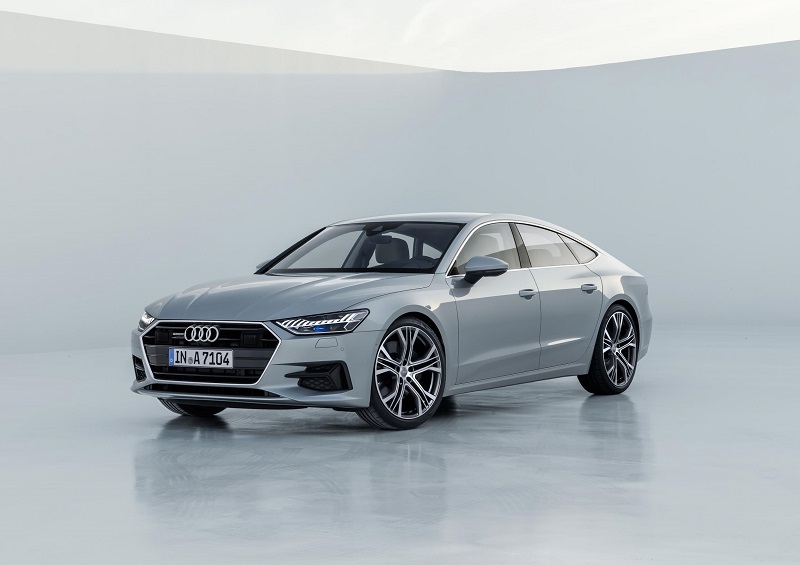 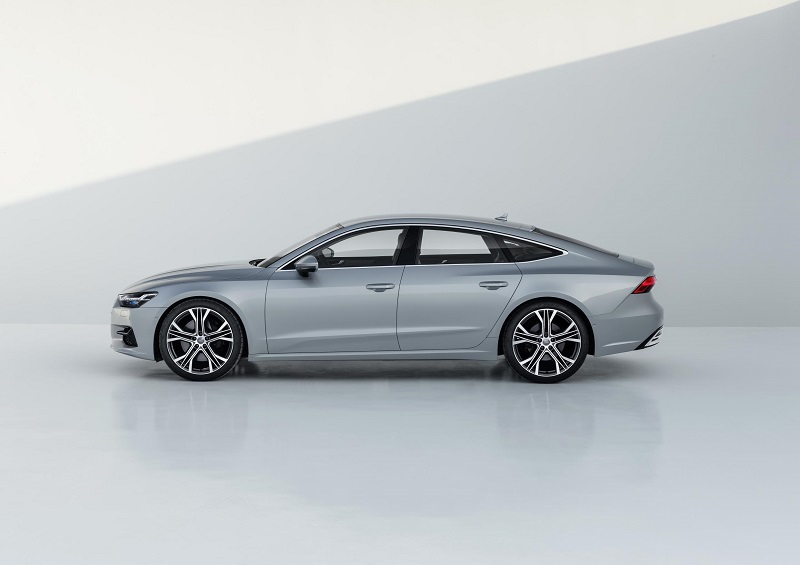 Audi’s new A7 Sportback, recently revealed, introduces the next step in Audi’s design lineage, both in a technical sense, as well as a stylistic one. Designed as a four-door coupe, the A7’s large surfaces represent Audi’s design future.

Available engines for the car will be limited at launch to a single turbo-V6, producing 340 HP sent to all four wheels through a Quattro system. In the future more engines will become available. No matter the engine, all A7’s are mild hybrids, or MHEV’s. This is achieved with the use of  48-volt primary electrical system. A belt alternator/starter combo works together with a lithium-ion battery and achieves a recuperation performance of up to 12 kW when braking.

The A7 also introduces ‘Audi AI’ sometime after launch via an update. This system allows automatic parking in a garage or a normal on-street spot, and can be achieved when the driver is out of the car via an app.

The new Audi A7 Sportback rolls off the assembly line at the Neckarsulm site and will launch on the German market in late February 2018. We can expect it some time afterwards.

Volkswagen has announced plans to attempt to beat the class record for electric prototype vehicles up Pikes Peak for the Pikes Peak International Hill Climb. To beat this record, the car will have to achieve a time under  minutes 57.118 seconds, set by Rhys Millen in 2016.

Literally nothing is known about this car, other than its electric nature. Regardless, I can’t help but appreciate the effort VW is displaying in their attempts to sell more EV’s in America, per the requirements of the aftermath of the diesel-emissions cheating scandal.

Named after the strongest tornado possible, Hennessey Performance’s next chapter in their Venom story book, called the F5, will debut at SEMA this year. The previous version of the Venom bested the Bugatti Veyron Super Sport’s top speed, unseating the champion Bug.

The F5 seeks to repeat this feat.

To do this, the car will have to approach speeds nearing 300mph, so far untested territory for a car sold for the street. Look for the full reveal at this year’s SEMA show.

Mercedes and AMG are sending off their G-Wagen money-box…er…SUV with one final edition, aptly named the Final Edition. Consisting of the G65 trim-line, the truck will be limited to 65 units, and each will cost at least $367,497.

For this price the G-Wagen is powered by the ‘standard’ G65’s twin-turbo 6.0-liter V-12 engine producing 630 hp and 737 lb-ft of torque sending power to all four wheels through a seven-speed automatic transmission. With those, this box can hit 0-62 mph in 5.3 seconds.

The special-ness of the final edition comes from bronze accents, most notably the 21in five twin-spoke wheels. The underside guards and bumpers are also done in matte bronze.

Outside of other bronze accents, the rest of the G65 Final Edition is treated to the full catalogue of AMG additions, such as steering wheels and seats. If you want one of these last G-Wagen’s and have a half-million dollars, hurry and call your AMG dealer today.