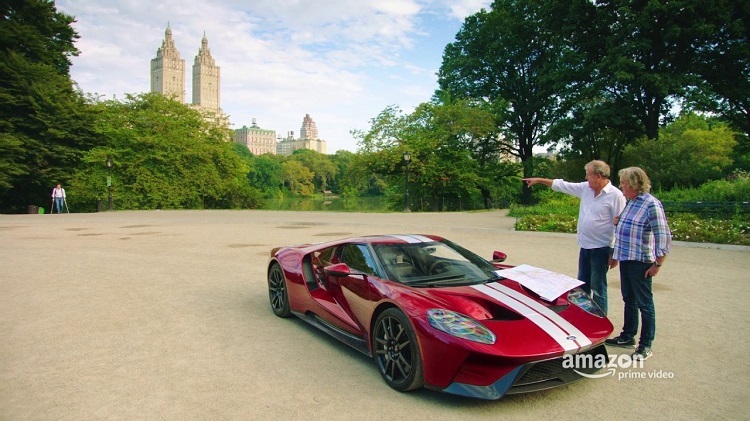 I am happy to say, so far at least, it looks like the show has actually improved.

The largest reason for this are the changes the hosts have made to the show. Whereas the first season was filled with odd segments and strange jokes, the second season has gone ahead and ‘normalized’ the show. Celebrity Brain Crash is dead, Conversation Street remained interesting in the second episode, and the hated ‘The American’ test driver has been replaced with an actual stunt driver, who the trio debuted last night behind the wheel of the mad Mercedes GT R.

Beyond the introduction of their new test gal—who whipped the AMG GT R around the track at a staggering speed—the show consisted of a challenge, Conversation Street, and their new celebrity section, Celebrity Face Off. While I am sure that the celebrity segment was interesting to those who actually knew the celebrities, they were apparently from some sports called Cricket and Baseball, which I do not watch. As such, I happily clicked ahead, because the challenge itself was so entertaining.

This week the challenge the trio faced was racing from New York City to the Canadian border at Niagara Falls. Rather than racing three cars against each other, the trio did one of their old-style ‘car vs not-a-car’ challenges. This week, Jeremey Clarkson raced a new Ford GT against Hammond and May on buses and planes. As this film was shot after Richard’s Rimac crash, May is handicapped by Hammond’s…er…handicap, leading to some truly funny moments.

I will leave my description of the episode to that, as you should go watch it yourself. As it is released on Amazon now, you can even skip segments that don’t strike your fancy.

Hopefully, these two episodes are a premonition for what is to come, with the first season a quickly fading memory into history. I personally believe that the trio treated the first season of The Grand Tour as a ‘pilot season’, experimenting what worked for them and for their audiences. While that might sound odd when talking about three presenters with almost 24 seasons beneath their belts (each), the BBC and Amazon are two different beasts. With BBC money funding their old show, they had strict rules and regulations to follow.

Not so with Amazon.

As such, it would make sense for the trio to want to experiment with their new freedoms, which they did. Now they can get back to the good stuff we know and love.

Catch The Grand Tour every Thursday/Friday depending on your relation to London’s time zone, as the show is released at midnight, London time exclusively on Amazon Prime.