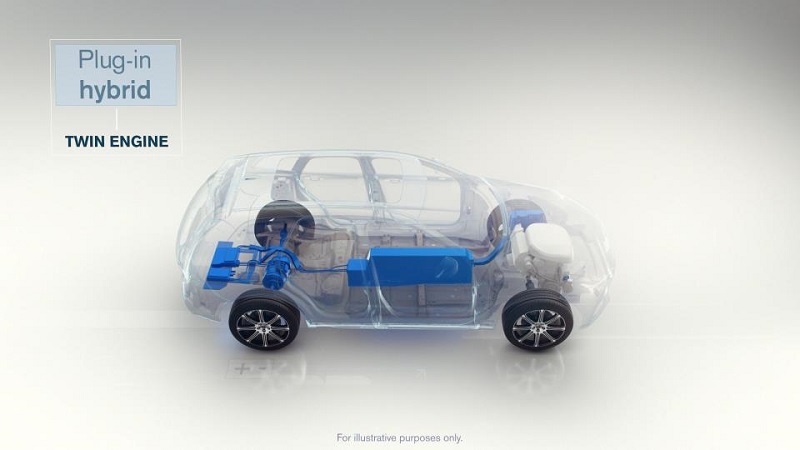 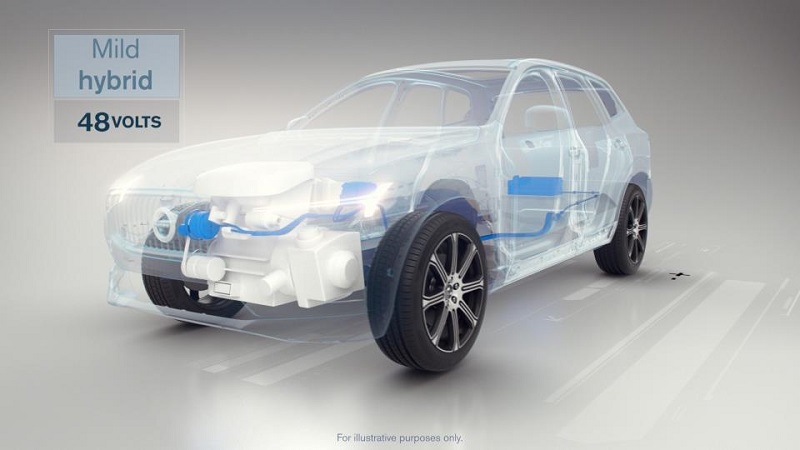 Volvo has announced that every Volvo and Polestar launched from 2019 onwards will have an electric motor. While many petrolheads may already be chomping at the bit, poised to defend their beloved internal combustion engine (ICE), Volvo’s announcement does not mean the end of ICE’s at the company. While electrification will be the focus of the company moving forward, the detailed plans include three different type of electric vehicle: the full EV, the plug-in hybrid, and the mild-hybrid; the latter two also receiving power from ICE’s. Explaining the company’s decision, the President and CEO of Volvo, Håkan Samuelsson stated; “This is about the customer. People increasingly demand electrified cars and we want to respond to our customers’ current and future needs. You can now pick and choose whichever electrified Volvo you wish”. To offer these customers adequate choice, Volvo and Polestar—the new separate high-performance EV company associated with Volvo—will launch 5 new models between 2019 and 2021. Of these 5, Volvo will launch 3 while Polestar will launch 2 dedicated electric performance models.

Look for more details in the coming years. 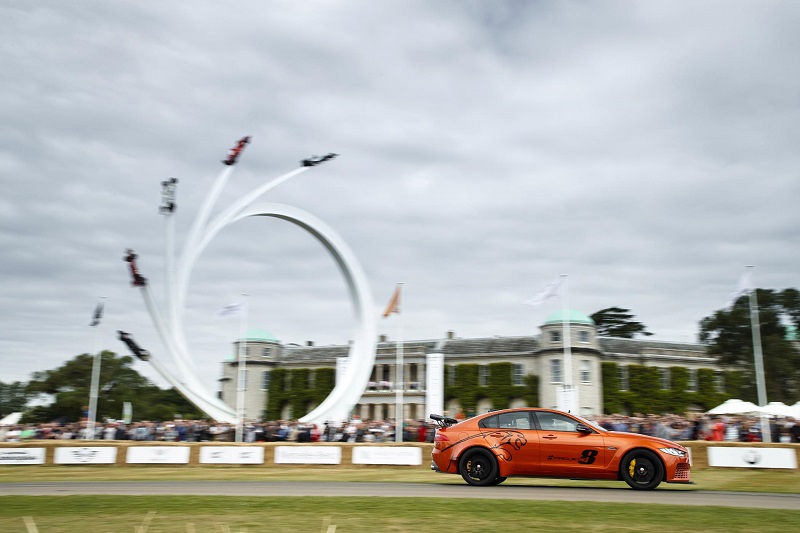 Last week, Jaguar released the technical details of the Project 8 XE super-saloon, leaving the full physical reveal for the weekend and the Goodwood Festival of Speed. Now that the Festival of Speed has taken place, the breathed-on XE four-door has arrived in force. Despite featuring four doors, the XE SV Project 8 participated in the Goodwood Hillclimb in the Michelin Supercar Run—the only four-door to do so—competing with the likes of Pagani’s, Ferrari’s, and the like. To involve the fans at home, Michelin offers the ‘Showstopper’ trophy, which requires online voters to narrow the 50+ car paddock down to 6 finalists. Fans can vote however they want, but this contest is more about what continuously draws they eye rather than outright performance. These fan-favorites are then put in front of an expert panel of judges, where the winner is chosen. 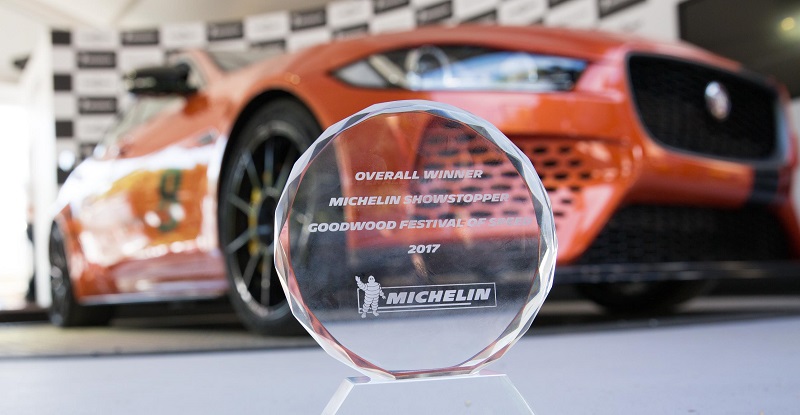 This year, Jaguar’s Special Vehicle Operations seems to have outdone themselves, as the Jaguar XE SV Project 8 that they built took home the showstopper award. Featuring almost 600hp, AWD, a lovely orange paint, as well as unique bodywork—look at that front bumper!—it should come as no surprise that fans and judges alike couldn’t keep their eyes off of it. With only 300 being produced, seeing one in the flesh may be a rare sight. While availability isn’t mentioned, if any remain now would be the time to call your Land Rover-Jaguar dealer. 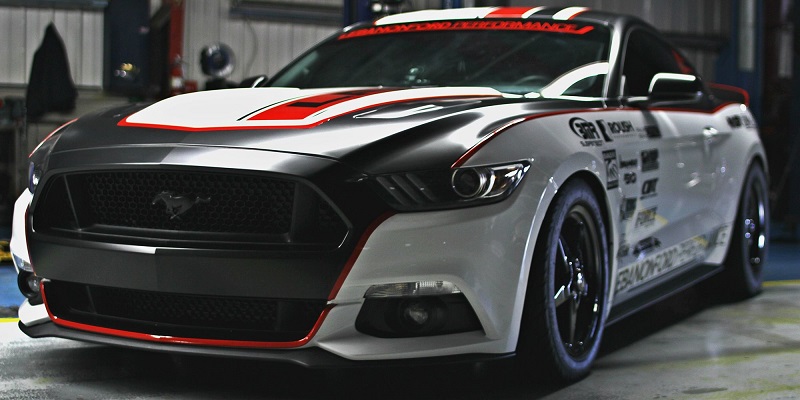 Lebanon Ford, a dealership located in Ohio, has been turning the new Mustang into power-specials for a while now, and today they have announced their Dodge Demon-baiting package for the Mustang GT. Dubbed the LPF 10, the vehicle is fully-assembled 10-second Mustang ringing in at a clean $60,000, including the price of a base Mustang GT. Previous offerings from Lebanon Ford may seem to overshadow the LPF 10—the 1200hp twin-turbo Mustang GT for $45,000 for instance—however the LPF 10 is a wholly different beast from previous Mustangs from the shop. While their previous offerings—the Helion 1200hp beast excluded—have generally kept their factory warranties intact (or at least at that dealership, maybe with a little *wink wink*) and focused wholly on drivetrain upgrades, the LPF 10 is the complete package.

Horsepower is raised to 650-700whp, through the addition of a Stage 2 Roush Supercharger, upgraded fuel injectors, a high-flow air intake, an ECU tune, a bigger oil pump and increased cooling capacity. The cooling and oiling upgrades, as well as usually limiting power to 650whp will help ensure a reliable package for the strip, all running on 93 octane fuel. The dealer also adds BMR springs and Viking adjustable shocks, tuned for optimum performance at the drag strip. To further aid in strip performance, they also install a set of Mickey Thompson tires on 17×5-inch front, 17×10.5-inch rear wheels. Further showing that they are concerned about track legality, safety, and reliability the dealership also installs a bolt-in roll and upgraded drive- and half-shafts to cope with the extra power

Lebanon Ford will build you an automatic or a manual, however they recommend using an automatic for the most consistent drag-strip performance. Claiming a 1/4mile time of 10.6 seconds in just such an automatic, they LPF 10 is surely a 10-second car, as well as nasty surprise to the $25,000 more expensive Dodge Demon. While the Demon will reach below the 10 second mark, Lebanon Ford believes that their package is also capable of such an impressive time. If you want an LPF 10, it’s a simple matter of making a phone call to Lebanon Ford and writing a nice check.