The New Mercedes-Benz G-Class: Here it Is

Mercedes has long produced their military ‘Jeep’-type off-road vehicle, the G-Class, for both civilian and official customers. In recent years, due in large part to the Kardashians and their love of shiny AMG things, this military off-road vehicle has enjoyed a revival of popularity, with a plethora of special editions released to cruise comfortably around town.

This shift in focus–from a granite-based military vehicle that can flatten anything to a boulevard cruiser–had long-time fans of the G-Class worried: Would Mercedes ruin the next one by making it more suitable for the Kardashian crowd?

Mercedes’ new G-Class, pictured in camouflage above, is just as rough n’ ready as its venerable predecessor. Rather than changing the G-Class formula, Mercedes merely refined the recipe. As before, high ground clearance and long suspension travel are the name of the game, updated with Mercedes full 21st century know-how.

This know-how takes the form of a new ‘G-Mode’, which the vehicle automatically enters when any of the differentials are activated or low-range is selected. ‘G-Mode’ adapts various settings like damping and steering and throttle inputs to provide a undramatic off-road experience, even over the roughest terrain.

While engines have yet to be detailed–we can expect Mercedes normal stable to show up in the bay–Mercedes has revealed that power will be sent to all four wheels via a new 9-speed automatic gearbox. This gearbox is connected to a transfer case, which can 40% of the power forwards and 60% rearwards, and is equipped with high and low ranges.

Look for the new G-Class later this year.

Infiniti has previewed their next concept car, the ‘Q Inspiration Concept’ by releasing the above image ahead of the official reveal at the Detroit Auto Show on January 15th. Infiniti says the design of the concept will preview future Infiniti design language.

The most distinct stylistic choice is the lengthening of the silhouette, transforming a sedan into a more classical ‘coupe’ shape. While many automakers have already gone to such a styling choice, Infiniti looks set to take it a notch further.

Look for more images January 15th, when the concept is shown at the Detroit Auto Show. 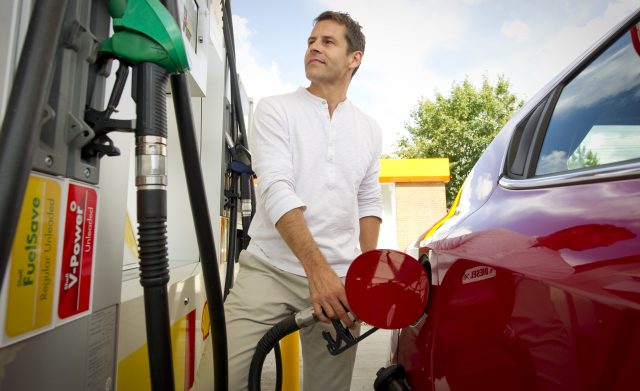 As of January 1st, 2018, Oregon has started allowing motorists to pump their own gas, although it is not required. Before this date, Oregon was mostly alone with New Jersey–now truly alone–in that it was illegal to have a self-service gas pump.

Now, the law has changed, and residents of the state can’t seem to handle it.

In the post below, the comments are pure gold. Some are sarcastic, and funnier still, some are not. Either way, it is worth the read through the comments section.

For any Oregonians who are reading this and are still worried: deep breaths, for Road & Track have made you a nice guide to pumping gas.